Home / lifestyle / Who is Jason Alexander Wife? Details on his Married Life here

Who is Jason Alexander Wife? Details on his Married Life here 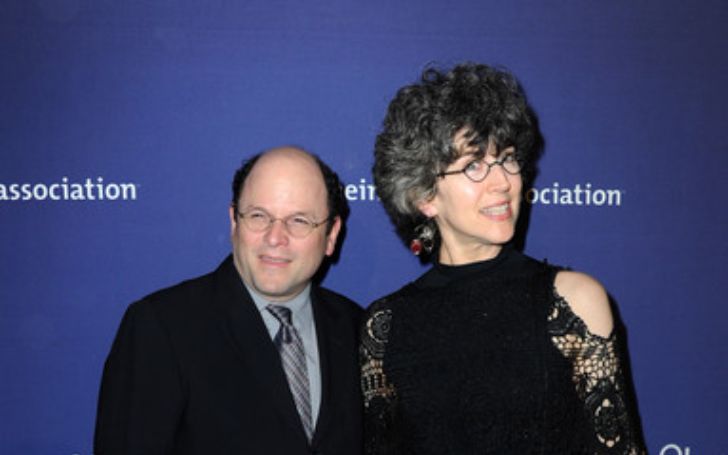 Grab All The Details On Jason Alexander's Personal Life!!

Jason Alexander has a net worth of $50 million as an American actor, comedian, director, producer, singer, and writer. He is best recognized for his role as George Costanza on the long-running sitcom Seinfeld.

Prior to his nine-year tenure on Seinfeld, Alexander, 62, starred in a CBS sitcom called Everything's Relative in 1987.

Who Is Jason Alexander's Wife?

Jason Alexander's wife is Daena E. Title. She was born in New York City, New York, the United States of America on February 14, 1957.

Jason Alexander has a net worth of $50 million as an American actor, comedian, director, producer, singer, and writer.
Photo Source: Glamour Fame

There is little information available about Title's parents or educational history. She is, however, a cousin of filmmaker Stacey Title, who is married to actor Jonathan Penner.

Daena is a fantastic actor who has played a variety of roles. In 1995, she made her acting debut as Cop#2 in the American television sitcom For Better or Worse. She later appeared in Seinfeld (1998) and Just Looking (1998).

Jason Alexander And Daena E. Title met before he became a "Seinfeld" star

As per HowCelebsMet, "Jason Alexander, then 23, was working as a casting agent when he met Daena  E. Title, but overstated his responsibilities at the agency while working up the guts to ask her out."

"Jason believed Daena was beyond out of his league and was startled when she accepted. Jason had roughly $1,000 in his bank account at the time; he wasn't sure what Daena would want to do for their first date, so he spent it all to wow her if necessary."

The pair ended up keeping things simple, and their bartender was none other than the renowned John Goodman, who was still an unknown actor at the time. The couple instantly fell in love and began a long-lasting romance. Alexander would go on to become a great Broadway and television star, prompting people to ask what his wife does.

As per The Things, Daena E. Title, Jason Alexander's wife, has some acting experience of her own, though not quite as vast as her husband's. Title's credits are not as diverse as Alexander's, who has appeared on Broadway, television, and in films.

Daena E. Title, Jason Alexander's wife, has some acting experience of her own, though not quite as vast as her husband's.
Photo Source: Instagram

Daena appeared in three projects during her brief acting career in the 1990s. She appeared in For Better or Worse, Seinfeld, and Just Looking, among other shows.

Alexander was a star in two of those projects, and he directed Just Looking back in 1999. He obviously enjoyed working with his wife, and it's interesting to note that Daena's acting career included projects with her husband.

You May Also Like: Are Will Sharpe and Sophia Di Martino Married? Learn their Relationship History

Title's appearance on Seinfeld lasted only one episode, the series finale. She was on the jury during the episode, and it had to be a lot of pleasure for her to collaborate with her husband on what some believe to be the most memorable show of all time.

Daena E. Title is an artist in Los Angeles

Daena E. Title is currently a successful artist in sunny California. She is a painter, artist, and social critic located in Los Angeles, according to her social media. It's great to see how her life has been committed to creating art and expressing herself, much like her husband's.

Alexander and Title have two sons together and have been married since 1982. It's astonishing that the couple knew each other for less than a year before marrying and have managed to make it work for nearly 40 years.

It simply goes to demonstrate that true love comes in many shapes and sizes. Alexander's huge proposition, of course, demonstrated that he was in it for the long haul.

"So he went all out: he rented a billboard in Time's Square that stated 'Daena, I love you,'" HowCelebsMet says. Please marry me. 'Forever, Jason.'"

Jay Scott Greenspan aka Jason Alexander was born on September 23, 1959, in Newark, New Jersey. On the philanthropic front, he has served as a national spokesman for the Scleroderma Foundation and starred in an ASPCA commercial.

Alexander has also been a vocal advocate of the OneVoice program, which seeks the views of moderate Israelis and Palestinians seeking a peaceful peace deal between their cultures, and has visited Israel on numerous occasions. He is also an ardent poker player who has competed in different tournaments on televised poker shows.