Home / net-worth / How Rich is Jason Alexander? Details on his Net Worth here

How Rich is Jason Alexander? Details on his Net Worth here

Grab All The Information On Jason Alexander's Net Worth Here!!

Jay Scott Greenspan, popular as Jason Alexander, is a renowned American actor, comedian, television presenter, and film director. Alexander is well-known for portraying the role of George Costanza in the television series Seinfeld.

The actress is popularly known for For Better or Worse. The couple went on to share two children who are Noah Greenspan and Gabriel Greenspan.

What is Jason Alexander's Net Worth?

As per Celebrity Net Worth, Jason Alexander enjoys a whooping net worth of $50 million in 2022. The actor began his career on the New York stage. He is an established dancer and singer.

Alexander appeared in many musicals on Broadway. He was seen in Stephen Sondheim's Merrily We Roll Along, The Rink, Broadway Bound, and Jerome Robbin's Broadway. Moreover, he has worked with several personalities like Kelsey Grammar, Martin Short, and Angela Lansbury.

The Producers, A Christmas Carol, The God of Hell, Fish in the Dark, The Odd Couple, The Last Five Years, and The Portuguese Kid are some of Alexander's works on stage. Afterward, the actor also tried his luck in television which was worth it.

Seinfeld is the award-winning television sitcom for which Alexander, 5 feet 4 inches tall, received nominations for seven Primetime Emmy Awards and four Golden Globes Awards. He was a part of the series for nine long years.

You Can Also Checkout: Is Columbus Short Still Acting? What is his Net Worth? All Details Here

In 1987, the actor appeared in the short-lived sitcom on CBS known as Everything's Relative. He also voiced the main character in the series Duckman and Catbert. Alexander faced many failures in the television line as he couldn't get the hype of success as Seinfeld.

Bob Patterson and Listen Up! are a few of the series which couldn't last long. Alexander provided his voice for many hit series. He voiced Mr.Nibbles in the Fish Hooks from 2010 to 2013, Saul Friedman in The Cleveland Show, Brandon in Glenn Martin DDS, and Sal in American Dad!.

Also, Visit: How Rich is Austin Butler? Details on his Net Worth here

Alexander, 62, also voiced an owl in the Dora the Explorer series, and as a narrator in Clipaholics, Rick in The Tom and Jerry Show, Algae in Animals, Doctor Noum in Star Trek: Prodigy, and many more too.

Alexander worked on the television projects Dilbert, Son of the Beach, Monk; Everybody Hates Chris, Two and a Half Men, Drunk History, Mad About You, and The Conners. He also worked in a few music videos like Celebrity, Online, and Trying Not to Love You.

The actor has appeared in numerous films. He began his filmy career in 1981 through The Burning. His movies include Pretty Woman, White Palace, Coneheads, North, The Last Supper, The Grand, Wild Card, Faith-Based, and The Gettysburg Address.

You May Also Like: Anna Shaffer Net Worth - How Much Does She Make from The Witcher?

As a director, Alexander directed a few movies and TV shows. He directed Seinfeld in an episode, Campus Ladies, Everybody Hates Chris, Franklin & Bash, and Mike & Molly. The actor has been awarded Daytime Emmy Award and Screen Actors Guild Award.

For Jason Alexander's first few months of working in the Seinfeld series, Alexander, alongside his co-stars Julia Louis-Dreyfus and Michael Richards, used to earn very little for the show. The actors negotiated an increase for the show's fifth season in 1993, which was $150,000 per episode, roughly $3.8 million per season.

After the show's huge success, the actors' salary was again increased in May 1997, which is $1 million per episode. All the actors do not make a significant amount of money from the show, which has totaled nearly $4 billion as of now.

To make enough money from the Seinfeld show, one needs to have an equal ownership percentage of the show, as per Trending News Buzz. Therefore, Michael, Julia, and Alexander did not receive royalties since the show aired.

Click To Know: What is Sophia Di Martino Net Worth? Details on her Movies & TV shows and Earnings

What is Wendy Williams Net Worth in 2022? All Details here 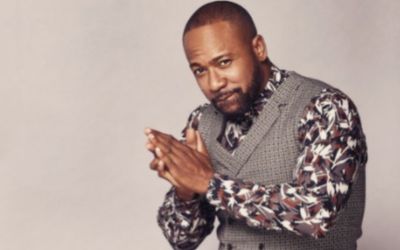