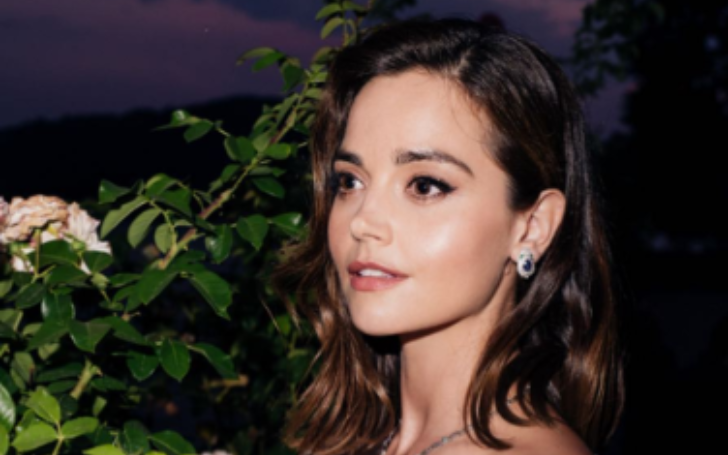 Grab All The Details On Jenna Coleman's Personal Life!!

Jenna Coleman, 36, is an English actress with a net worth of $5 million. 5'2'' tall actress began acting as a child and landed her first role as Jasmine Thomas in the television series Emmerdale from 2005 until 2009.

Coleman was nominated for the Best Newcomer award at the British Soap Awards in 2007.

Jenna Coleman is dating her boyfriend, Jamie Childs. She was seen on a romantic stroll with Childs, who is directing The Sandman and has previously worked on Doctor Who in February.

Jenna Coleman is an English actress with a net worth of $5 million.
Photo Source: Instagram

The duo appeared to be in great moods as they walked hand in hand in Islington. The lovebirds were first linked in December, according to reports.

As per Mirror, Jenna Coleman began dating fellow actor Tom Hughes in 2016 while working on the set of the period drama Victoria. In the TV show, Hughes played Prince Albert, and Coleman played Queen Victoria.

The on-screen couple continued their love off-screen for four years. However, the couple was said to have split in 2020 after Coleman was photographed moving into her own residence.

As per a source The Sun, "Both Tom and Jenna are heartbroken, but their romance has ended. There was no third party present." Last year, she was seen leaving Tom's house, sparking rumors that she was back together.

Click Here To See: What is Gina Jun's Age? Is "Hustle" Actress Dating? All details here

According to the Daily Mail, Coleman had been "coming and departing from the property frequently." But it appears that nothing came of it, as the couple never confirmed that they had reconciled.

Jenna previously dated Scottish actor and The Bodyguard star Richard Madden. The couple began dating in 2012, while Madden was starring in Game of Thrones.

Coleman landed her renowned role on Doctor Who the next year, which thrilled superfan Richard. He told Vulture about his visit to Jenna on set, stating, "I mean, I've loved Doctor Who since I was a kid. I loved it and still do. I can get excited about it, like when I go on set and see the TARDIS."

The pair had an on-again, off-again romance until 2015 when they finally split after rumors that Madden was getting close to his Cinderella co-star Lily James.

Jenna Coleman was born on April 27, 1986, in Blackpool. She is the daughter of Karen Coleman and Keith Coleman. Coleman's father is a joiner and fitter of bar and restaurant decor. Ben, her older brother, is a joiner. Her grandma named her Jenna Wade after the character Jenna Wade from the American television series Dallas.

Coleman was the head girl at Arnold School in Blackpool. Jenna was a member of the theatre company In Yer Space while at school, and she performed in the piece Crystal Clear at the Edinburgh Festival.

Jenna won an award for her performance, and the play was well received. She was given a place to study English at the University of York, but she declined in order to take on the part of Jasmine Thomas in Emmerdale.