Home / lifestyle / Are Jenna and Bodhi Elfman still Married? Detail About Their Married Life and Relationship

Are Jenna and Bodhi Elfman still Married? Detail About Their Married Life and Relationship 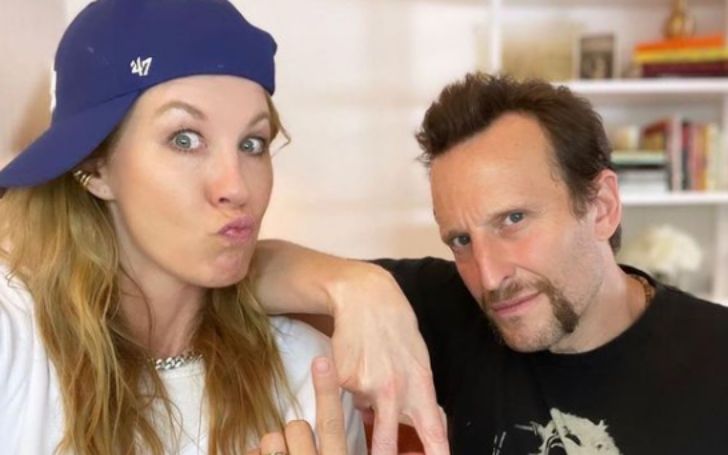 Grab All The Details On Jenna Elfman's Personal Life!!

Jenna Elfman, 50, is an actress and producer from the United States with a net worth of $12 million. She has been nominated for and won Golden Globes and Primetime Emmy Awards for her roles in movies and television shows such as Dharma & Greg, Growing Up Fisher, and Big Stone Gap.

5'10'' tall actress has also starred in Courting Alex, Accidentally on Purpose, 1600 Penn, and Imaginary Mary, among other television comedies. Elfman is a member of the Dizzy Feet Foundation's Board of Directors.

Yes, Jenna Elfman and Bodhi Elfman are still married. As per Celebrity Net Worth, in February 1991, Elfman met her future husband, Bodhi, while auditioning for a Sprite ad. Before marrying in 1995, the pair dated for four years. The couple has two kids together.

Jenna Elfman, 50, is an actress and producer from the United States with a net worth of $12 million.
Photo Source: Instagram

While Jenna's spouse was of Jewish origin, when he met Elfman, who was raised Roman Catholic, he was a committed Scientologist. Following their meeting, Bodhi introduced her to the Church of Scientology's principles, and Elfman decided to join as well. Elfman has now become active in a number of church projects.

Elfman has also helped raise money by holding a charity comedy event, participating in a telethon fundraiser, and offering her time to an auction. She has also raised money for the Environmental Working Group and participated in the National Education Association's Read Across America initiative.

"Two and a Half Men" Cast Jenna Elfman Wiki/Bio

Jenna Elfman was born in Los Angeles, California, on September 30, 1971. She is the daughter of Sue Butala and Richard Butala. Her mother was a stay-at-home mom, while her father was a Hughes Aircraft executive. On the father's side, the family was Roman Catholic and of Croatian ancestry.

Elfman graduated from the Los Angeles County High School for the Arts after attending St. Genevieve High School in the San Fernando Valley. She went to California State University, Northridge, for her collegiate education.

Jenna had been studying dance since she was five years old and awarded a full scholarship at the Westside School of Ballet. When one of her tendons split from the bone, she had no choice but to give it up.