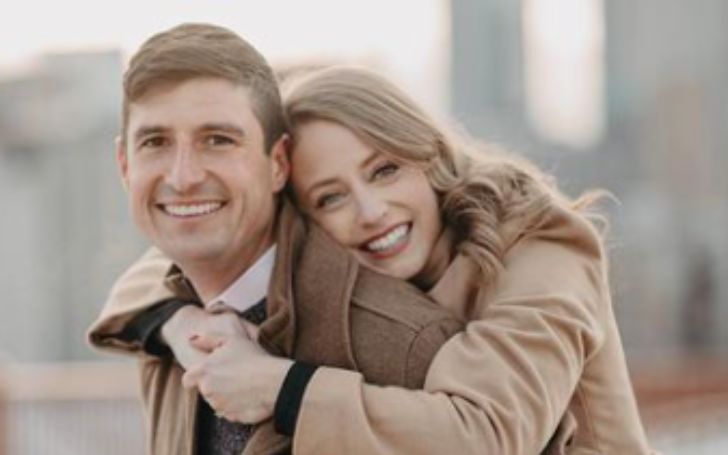 Grab All The Details On Jennifer McDermed's Personal Life!!

Jennifer McDermed, 32, is a Journalist from the United States. She is serving as a meteorologist and weather forecaster.

On January 3, 2022, Giovanni Minelli and Jennifer McDermed confirmed their engagement on social media. Minelli proposed to the anchor at Split Rock Lighthouse on the beach in Minnesota. McDermed flaunts her engagement ring on her Instagram account.

As per Earn The Necklace, Minelli and McDermed have been romantically involved since July 2019. The couple maintained a successful long-distance relationship while he was based in California and the meteorologist in Minnesota.

Jennifer McDermed is a Kansas native who was born on August 8, 1991. She is the youngest of Kevin McDermed and Theresa McDermed's three children. Lauren McDermed and Mark McDermed, her sister and brother, also grew up in Atchison.

Jennifer McDermed is a Kansas native who was born on August 8, 1991.
Photo Source: Instagram

Kevin, Jennifer's father, is the Chief Financial Officer of Exchange Bank & Trust. Theresa, her mother, works as a manager at a local secondhand store.

McDermed has been fascinated with weather since she was a child. In reality, when she was 16, she bought a Jeep Cherokee and started storm chasing, despite her parents' disapproval.

"Remember how in kindergarten you had to draw what you wanted to be when you grew up, a firefighter, a teacher, a cop?" According to Jennifer. "I made a tornado with cows flying into it." "I've always aspired to be a meteorologist."

McDermed's love led her to Saint Louis University in Missouri, where she earned a bachelor's degree in meteorology in 2013. Jennifer started her career as a reporter at KQTV in St. Joseph, Missouri, before going to WHO-TV 13 in Des Moines, Iowa.

While Jennifer enjoyed the tough weather in Iowa, she wished to move closer to tornado-prone areas. She joined the KMBC/KCWE affiliates in Kansas City in late 2015. In 2018, McDermed became a member of Fox 9's weather crew. On weekdays and weekend evenings, she makes the forecasts.

A visual malfunction occurred during Jennifer McDermed's May 13 prediction. She "multiplied," and her clones were on some type of hold while the background blurred. McDermed made the best of the situation. Her coworkers can also be heard laughing off-screen.

McDermed was featured on The Tonight Show, Good Morning America, and Fox News, in addition to going viral on social media. She retweeted many memes and even expressed interest in becoming an Avenger.