Who is Jenny Mollen Husband? Details on her Married Life & Kids here 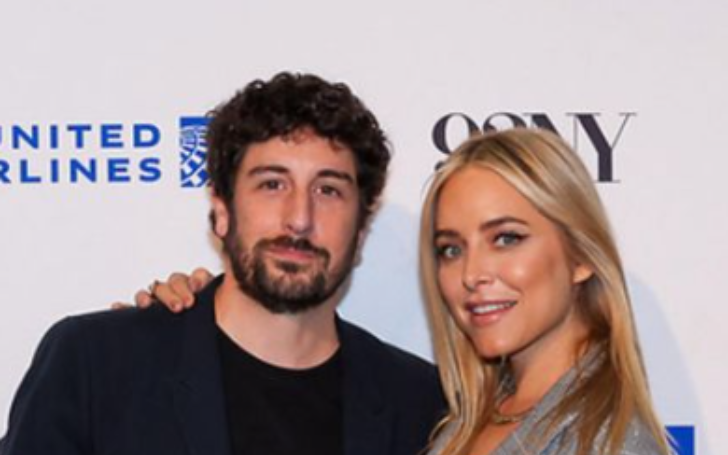 Grab All The Details On Jenny Mollen's Personal Life!!

Jenny Mollen is a writer, actress, and essayist from the United States with a net worth of $1 million. In the television series Angel, she portrayed Nina Ash. Mollen starred in the television shows Viva Laughlin, Crash, and Girls.

Mollen has written articles for Cosmopolitan and Parents, as well as two essay collections. The 5'6'' tall writer has had two books on the New York Times Best Seller list, I Like You Just The Way You Are and Live Fast Die Hot.

Who Is Jenny Mollen's Husband?

As per The Sun, Jenny Mollen's husband is Jason Biggs. Biggs was born on May 12, 1978, in Pompton Plains, New Jersey.

Jenny Mollen is a writer and essayist from the United States with a net worth of $1 million.
Photo Source: Instagram

Jason also appeared in movies like Anything Else, Loser, My Best Friend's Girl, and Boys and Girls, Over Her Dead Body. Biggs rose to prominence after appearing in the soap opera As the World Turns, and he has since appeared in several films.

Biggs and Mollen married in 2008. Sid Biggs and Lazlo Biggs are the couple's two kids.

Jenny Mollen jokes on their 14th anniversary; she is unsure if she is legally married to Jason Biggs

According to People, whether they are married or not, Jenny Mollen and Jason Biggs are still deeply in love on their 14th anniversary! Mollen and Biggs marked the occasion on Instagram, posting a photo of herself feeding the seemingly reluctant actor.

"14 years ago, two people who had only known each other for 9 months drove to a Calabasas FedEx Kinkos in their PJs and got married," Mollen wrote alongside the photo.

She continued with a joke, "Who knows if that FedEx was even real or just a figment of our imaginations, or if the woman who married us was a certified justice of the peace or just some down-on-her-luck actress looking to make a quick $300."

Jenny then wished "Jason f---- Biggs" a happy anniversary before saying, "Thank you for coming on this trip with me." In reference to the photo, she asked Biggs a hilarious question,

"P.S. Do you think this picture of you is cute? No, my editors said. However, I'd like to use it in the @dictatorlunches book. I know you only have half a neck, but I insisted you'd be fine with it. I figured this would be a good way to gauge your thoughts as a precaution. So, what are your thoughts?"

Click Here To See: Is Michael B. Jordan in a Relationship? Into 'Black Panther' Star's Dating History

Biggs also marked the occasion with a series of photos of himself and Mollen over the years, each with a sweet message for her in the caption. "My dreams have evolved significantly over the past 14 years. But the woman within them hasn't changed much. @jennymollen, happy anniversary!"

The couple, who have two sons, Lazlo and Sid has been open about their desire for a third child. Mollen told People in 2020 that she would consider it if one condition was met. "I mean, if (Jason) could totally carry it," Mollen joked. "Or if someone could bring me a 2-year-old who looked exactly like me."

Biggs previously stated that he would love to be "just handed" a baby. "I'd say, 'Great, I'll keep her,' if you handed me a baby girl right now. I'd walk away from it, thinking, 'This wasn't anyone's, right?' Okay, cool, can I bring it home? 'Perfect, finished,' "In 2019, Jason told People.

Jenny Mollen was born in Phoenix, Arizona. She was raised culturally Jewish despite the fact that her father is Jewish and her mother is Christian. Mollen has a sister and a half-brother.

As a child, Jenny worked in a local theater. She has performed at the Old Globe Theatre in San Diego, the Idyllwild Arts Academy, and the Oregon Shakespeare Festival in Ashland, Oregon.

Jenny Mollen revealed that she had two miscarriages with her husband, Jason Biggs, one of which occurred during the coronavirus pandemic.

Jenny Mollen revealed that she had two miscarriages with her husband, Jason Biggs.
Photo Source: Instagram

Mollen paid tribute to pregnant Chrissy Teigen on Thursday, September 22, writing in an Instagram Story that Teigen inspired her to tell her own story. "When @chrissyteigen posted about having a miscarriage and receiving abortion care, I had to stop and think," Mollen wrote.

Jenny claimed that her and Teigen's experiences prove that "abortions are medical procedures that save lives and are vital," a point activists have continued to make since the Supreme Court's Roe v. Wade decision earlier this year.

Mollen called the legal decision "unconscionable," emphasizing that the right to safe abortion should not be in the hands of "politicians who don't understand how our bodies work."