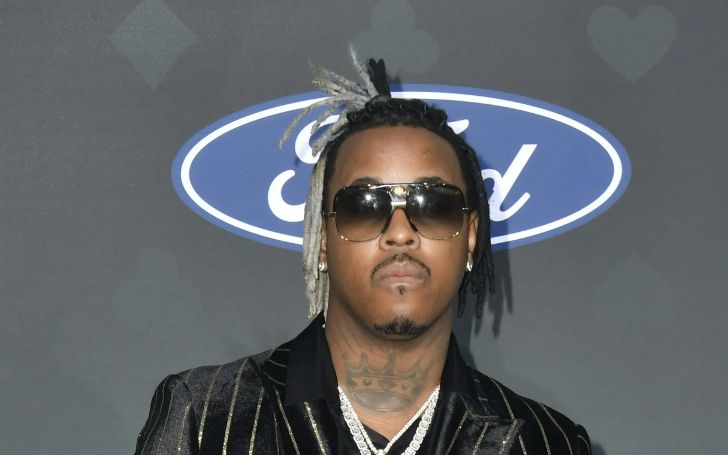 Learn All The Details On Jeremih's Personal Life!!

Jeremih is a well-known American musician and producer. When Jeremih signed with Def jam Recordings, his debut single, Birthday Sex, peaked at number four in the United States, according to the Billboard Hot 100.

This talented singer has amassed a sizable fortune through his successful career. Regarding the number, Jeremih holds an estimated net worth of $2 million. Besides his professional life, his fans are also interested in his relationship status. So, in this article, we'll learn more about Jeremih's love life.

What is Jeremih's Relationship Status in 2022?

As of 2022, Jeremih is private about his affairs. So, we can assume that this talented artist is currently single.

Jeremih is with his ex-girlfriend, Rachel Leigh.
Photo Source: Instagram

Although Jeremih isn't seeing anyone romantically, this doesn't mean he hasn't dated anyone previously. According to Married Celebs, the R&B artist had a romantic relationship with his ex-girlfriend, Rachel Leigh, in 2011. But the duo went separate ways.

Rachel became pregnant while they were dating, and she later gave birth to a son Canyon Grey Felton after they parted ways. After the breakup, Leigh made a resentful remark about Jeremih's attitude.

"This guy was not at all helpful. We ended up splitting it before I gave birth."

Jeremih had a tough time after his ex-girlfriend spoke against him. As per her, he was a deadbeat; however, later, it was clarified that the accusation was false.

On the contrary, Jeremih spoke out and made public that his ex, Rachel, is trying to replace him as the father of their son with her ex-boyfriend, Ryan.

The pain of not seeing their children runs deep for parents, and over the issue, Jeremih took Rachel to court to gain custody of their son, and he eventually won.

Jeremih was once seen with a girl named Karlie Redd during an episode of Love & Hip Hop Atlanta Season 3 after the incident with his ex-girlfriend. The duo appears to be more than just platonic friends during the show, as they were seen appealing in more than just friendly hugging and touching.

Jeremih spoke with Cleveland's 107.9 FM about the incident in an episode of  Love & Hip Hop Atlanta Season 3. They may have been in a secret relationship, or the situation may have been staged to make Karlie's ex-boyfriend jealous. They haven't raised the topic yet, so it's still unclear.

Jeremih was also rumored to be dating Masika Kalysha from VH1's Love & Hip Hop Hollywood. The rumor began to circulate after Jeremih commented on her Instagram post, asking her not to reveal too much to the public. And her response to his remark hinted at a fishy relationship between them.