Home / net-worth / What is Jeremih's Net Worth? Grab All Details Here

What is Jeremih's Net Worth? Grab All Details Here 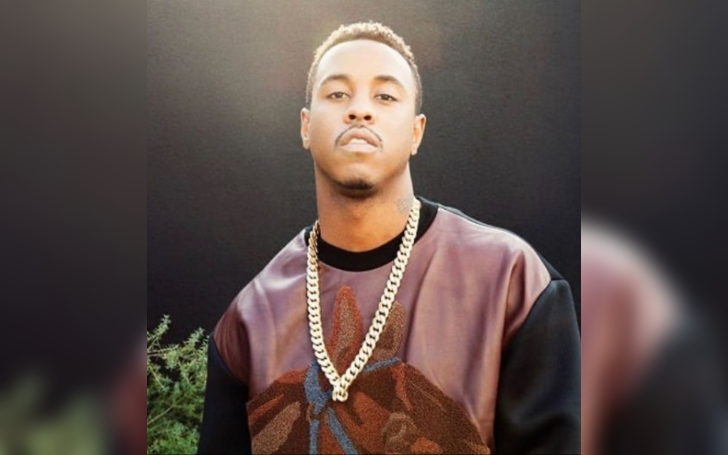 Grab All The Details On Jeremih's Net Worth!!

Jeremy Phillip Felton, also known as Jeremih, is a well-known American singer, rapper, songwriter, and record producer. He rose to prominence after signing a record deal with Def jam Recordings. This deal proved to be a game-changer for him.

Aside from that, Jeremih's first commercial single, Birthday Sex, peaked at number four on the Billboard Hot 100 chart in the United States.

Jeremih has dated Rachel Leigh but separated after a year. The duo has one kid together. There are more details about his love life; however, let's focus on his net worth and career on this page.

What is R&B Artist Jeremih's Net Worth?

According to Celebrity Net Worth, the approximated net worth of Jeremih is around $2 million as of 2021. He makes his fortune through his successful professional career.

The approximated net worth of Jeremih is around $2 million.
Photo Source: Instagram

Felton has sold millions of copies worldwide and collaborated with some of the world's best artists and rappers. His debut single reached the top of the Billboard charts and became well-known around the world.

Talking about the collaboration, Jeremih worked with several rappers, including Ty Dolla Sign, The Game, J.Cole Miguel, and Future, which is quite popular. Needless to say, his solo songs are also famous; for instance, Jeremih's song Oui is loved by many of his fans.

Jeremih commenced his music career when he was in Columbia College Chicago. Back then, he worked with music producer Mick Schultz. The duo recorded a song called "My Ride."

Gradually, Jeremih dedicated his whole time to music and opened the door to Dej Jam Recordings in 2009. The same year he got signed by that firm, he released his debut album "Jeremih."

Jeremih's first project with Dej Jam sold 59,000 copies in its first week. Furthermore, his album ranked at number 6 on the US Billboard 200.

After a successful start, Jeremih even went to America's Most Wanted Tour to promote his album. He toured alongside Lil Wayne, Young Jeezy, and Soulja Boy Tell 'Em.

Soon after, the 34-year-old artist released his second studio album, All About You, in 2010. He gifted his fans with his single, I Like, which featured Ludacris and peaked at number 25 on the Top R&B Songs Chart.

The song "Down on Me," featuring 50 Cent, was the album's second single and peaked at the Four on the US Billboard Top 100. His third studio album, Late Night, debuted to critical acclaim.

Jeremih Was Infected With COVID-19

As per Nicki Swift, Jeremih, 34, made national headlines in November 2020. Why? Unfortunately, it was because of a life-threatening incident.

To put it simply, the "Oui" singer was admitted to the ICU with COVID-19. Indeed, he became the victim of the pandemic virus.

According to CNN, Jeremih's family made the information public and said the virus "viciously attacked his body." His condition was so bad he needed breathing support for respiration.

Jeremih's friends from the music biz showed their support for the artist. Fortunately, prayers from his loved ones worked, and he won the battle with the virus.

His spokesperson gave out the details and updated the world with the artist's health condition. Jeremih's representative told Billboard that he was transferred out of the ICU.

Jeremih was out of danger but needed time to recover fully. His rep. also mentioned, "spend the rest of his recovery time in a regular hospital room."