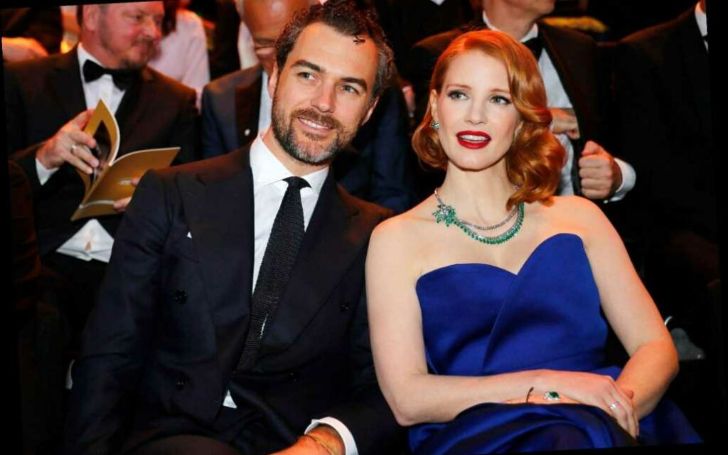 Who Did Jessica Chastain Date Before? Is She Married In 2021? Does She Have Kids As Well? Grab All The Detail Here!

Born on March 24, 1977, in Sacramento, California, as Jessica Michelle Chastain, she is now professionally recognized as Jessica Chastain. She is an American actress and producer who rose to fame for her roles in films with feminist themes.

The 2017 Female Star of the Year is a multi-millionaire. Jessica has more than 50 acting credits to her name, which has helped her collect $50 million of greens in her pocket. She is the star of super hit films like The Help, Zero Dark Thirty, Mama, Interstellar, Crimson Peak, and It Chapter Two.

At the age of 7, Jessica was interested in the acting biz after attending a production of Joseph and the Amazing Technicolor Dreamcoat with her grandmother. Also, apart from this, let's discuss her dating history, husband, and children.

Who Is Jessica Chastain Married In 2021?

Jessica Chastain, who has won more than 80 awards for her work, is undoubtedly a married woman. She had tied her knot with an Italian count of the Passi de Preposulo noble family, an executive for the fashion brand Moncler, Gian Luca Passi de Preposulo.

As noted by People, the couple shared their vows on Saturday, June 10, 2017, at a Venice wedding. The 44 years old actress married her Italian boyfriend Gian Luca, 39, in his home country. The ceremony was held in the northern Italian city of Treviso, near Venice, at the Passi de Preposulo family estate, Villa Tiepolo Passi.

Jessica and Gian Luca have been together for four years.
Photo Source: People

The duo started dating back in 2012 and married after dating for five years. On January 8, 2015, the couple was spotted on a flight at LAX airport in Los Angeles, California, as mentioned by Famous Fix.

Jessica told The Sun, after meeting Gain Luca, her mind got changed. She states, ''When I first met my husband Gain Luca, he knew that wedding wasn't the thing I was interested in.''

Know About: Who is Marloes Horst Boyfriend in 2021? Learn About Her Rumored Engagement With Alex Pettyfer

Jessica Chastain And Her Husband Gian Luca Are Parents To Two Kids!

Surprisingly, Jessica Chastain is a mother of two. According to People, on April 4, 2018, the couple welcomed a daughter named Giulietta Chastain Passi, born through surrogacy, in Los Angeles.

After two years, in 2020, the lovey-dovey couples had their second child'' in secret.'' They were spotted with two kids during a walk-in in California.

Also, Read: Who Are Skylar Gaertner Parents? All Details Here

Gian Luca was seen pushing the toddler in a carriage while Jessica had a carrier around her chest with another baby. But, unfortunately, Jessica never confirmed the news to the public and never reported she was pregnant.

Jessica Chastain, before married, dated several faces and was rumored to date as well. In the 2000s, she was in a long-term relationship with writer-director Ned Benson for four years and had a heartbreaking split up in 2010.

In 2013, Jessica was allegedly linked with an English actor, Thomas William Hiddleston, professionally known as Tom Hiddleston. And, gossip between openly lesbian Megan Ellison and Jessica was also quite a thing in 2011. But, not any news has been proven right yet.