Jessie James Decker is Married | Details on her Husband & Kids 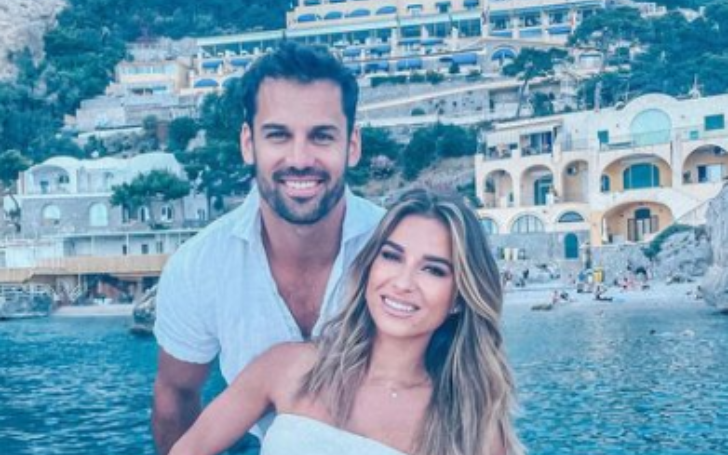 Grab All The Details On Jessie James Decker's Married Life!!

Jessie James Decker is a reality TV personality and Italian-American country singer with a net worth of $10 million. Although 5 ft tall star tried to break into the music industry at the age of 15, it wasn't until a few years later that she gained popular exposure.

Decker released her self-titled debut album in 2009 after earning a deal with Mercury Records.

Jessie James Decker is married to Eric Decker. He is from Cold Springs, Minnesota, and began his athletic career at the University of Minnesota, where he played NCAA football and basketball.

Jessie James Decker is a reality TV personality and Italian-American country singer with a net worth of $10 million.
Photo Source: Instagram

The Denver Broncos drafted Eric into the NFL in 2010. He has since played wide receiver for four different teams, including the Denver Broncos, New York Jets, New England Patriots, and Tennessee Titans.

Eric retired from football in August 2018 after playing for the Patriots. "To be honest," he stated of his decision to retire, "I was kind of emotionally and psychologically checked out of football at that moment."

After being introduced through mutual acquaintances, Jessie James Decker and Eric Decker started dating in 2011.

In 2013, Jessie described the incident to Access Hollywood, stating, "He was in Arizona training, and I got a text from my girlfriend who said, "I'm having dinner with this man I'm dating, and this other guy just showed up, and he's lovely."

"Show him a photo of me and ask him if he wants to come along." After Eric first approached her, the country singer adjusted her dating strategy, putting the ball in Eric's court.

"If a man desired me, he had to demonstrate it from now on," she wrote in her 2018 memoir, Just Jessie. "As a result, I made Eric chase me."

Jessica James Decker was born in Vivenza, Veneto, Italy on April 12, 1988. Decker's father, a "military brat," was in the United States Air Force when she was born. She grew up in several states, including Iowa, Kentucky, Texas, Louisiana, and Georgia.

Decker began singing at the age of two, along with two younger siblings and two step-siblings. Soon after, she began performing in public and winning numerous talent competitions. Despite travelling to Nashville on a regular basis to further her budding career, she was turned down by the majority of the city's major labels.

As per Toofab, Forrest, the son of Jessie James Decker and Eric Decker, appears to be losing his phone privileges! On Monday night, the couple's 4-year-old kid stole Eric's phone, took a photo of his father showering, and unintentionally put it on the 35-year-Instagram old's profile.

Forrest, the son of Jessie James Decker and Eric Decker, appears to be losing his phone privileges!
Photo Source: Instagram

Decker shared the humorous story on her Instagram Story the same night, saying she was notified by a friend who texted her that Forrest had caused some trouble.

According to a snapshot of a text conversation between the country singer and her pal, her friend texted a photo of the shower and stated, "Jessie, I can't stop giggling. I can't. I'm not even sure if you know he has his phone, but if you don't, go grab it."

Click Here To See: Who is Genevieve Mecher? All The Details Here

While Jessie revealed her huge parenting fail to her admirers, Eric took to his own Story to address his followers... after removing the photo, of course. "Time to alter the code," the ex-footballer joked. "So much for letting Forrest watch Avengers movies in my shower."

Eric was naked in the backdrop of the photo, while Forrest snapped a beaming selfie with drool on his lip. The Deckers also have a daughter, Vivianne and a son, Eric Jr.

"We're not planning on it, so we're simply letting people live their lives," she continued. "And if that happens, consider it a blessing. If it doesn't, it wasn't meant to be, but we're not going to do anything to prevent it from happening."