Jill Duggar & her Husband Reveal the Gender of their Baby 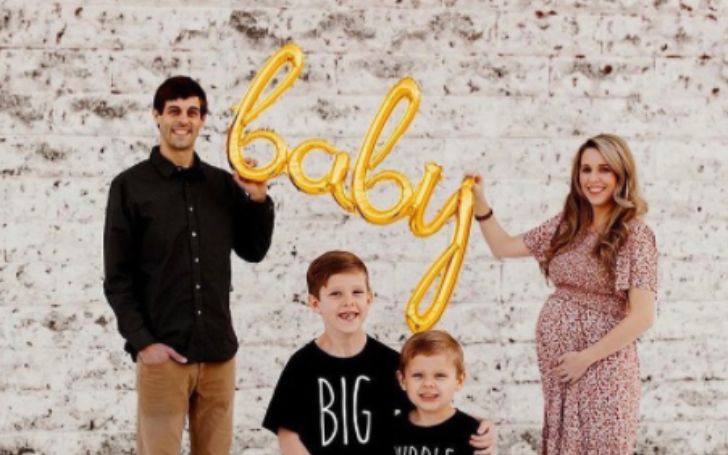 Jill Duggar & her Husband Reveal the Gender of Their Baby

As per The Sun, Jill Duggar and Derick Dillard have revealed the gender of their soon-to-be-born child! On March 23. The former Counting On stars announced the momentous news on their blog.

Jill Duggar and Derick Dillard have revealed the gender of their soon-to-be-born child! On March 23.
Photo Source: Instagram

They not only revealed the baby's gender, but they also revealed Jill's due date. "We are grateful to be expecting a healthy baby boy in July!" "We appreciate your continuous prayers," they stated in the message.

"We had planned on finding out the gender of our kid a couple weeks ago, then Covid hit our family and we had to postpone the big announcement," they acknowledged.

When they finally got the chance, they ate breakfast together as a family with their two sons, Samuel Scott Dillard and Israel David Dillard, before going to the appointment.

The pair explained that the postponement "turned out to be a gift in disguise" because Israel was on spring vacation by the time they were able to reschedule. This allowed our entire family to attend the appointment, as we all learned that another little boy would be joining the Dillard clan!"

Jill's pregnancy was first revealed by the lovebirds in February. In another blog post, they said, "We are delighted to report that God has answered our prayers and we are expecting our rainbow baby due July 2022!"

They're calling their unborn child their rainbow baby because Jill had previously miscarried while trying to conceive their third child.