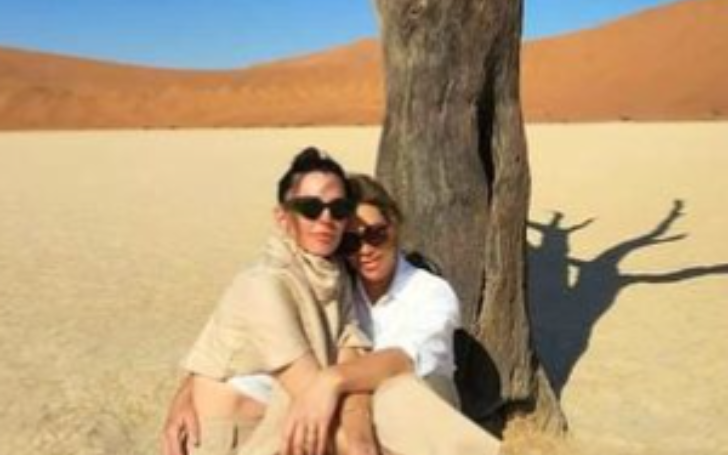 As per Page Six, Jillian Michaels married fiancée DeShanna Marie Minuto after more than three years together, she announced on Instagram on July 22.

According to People, they married on July 11 in a Miami courthouse and then traveled to Namibia for a private wedding ceremony and honeymoon.

That's not all: the pair want to throw another party on June 23, 2023, in Venice, Italy, according to the outlet. Jillian said that there will be "a celebration with family and friends."

"Saying I do to you is an honor and an adventure," Jillian wrote on Instagram. "Finding you... my soulmate... and eloping in Africa with you has been one of the most amazing and transforming chapters of my life."

"We will appreciate these events for the rest of our life," she continued.

The Biggest Loser contestant, 48, and the fashion designer, 37, have been dating since 2018 and married last November after Jillian proposed with a 7-carat emerald cut diamond ring.

DeShanna has been sharing photos from their eventful trip, including zebra sightings and a helicopter flight over the Namib Desert, in recent days. She labeled their location as Serra Cafema, a luxury camp and wilderness safari in Namibia's Hartmann Valley, before tweeting a selfie from Angola.

Jillian's post includes photos of the couple riding around the countryside, spotting elephants, and dancing together.

Michaels was formerly engaged to Heidi Rhoades, a nine-year romance that ended in 2018. However, their domestic relationship did not legally end until 2020, while they battled for shared custody of their two children in court.

They adopted their first child, Lukensia, now 12, from Haiti when she was two years old. Heidi gave birth to their now-ten-year-old son Phoenix the same month the couple welcomed their second bundle of joy.

Michaels agreed to pay Heidi $2.4 million in advance for child support and an additional $2,000 per month in addition to schools, clothes, and extracurricular activities for the children.