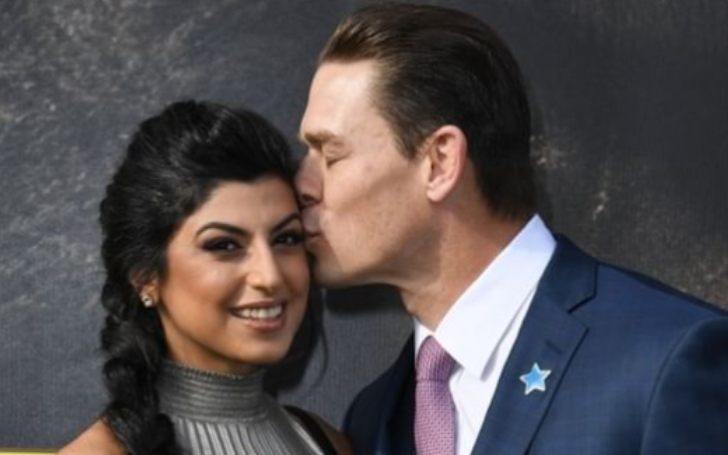 As per Yahoo, It was a memorable day for John Cena and Shay Shariatzadeh.

The pair married for the second time in Vancouver on Friday, at the Rosewood Hotel Georgia, 21 months after their initial wedding in Florida.

It was a memorable day for John Cena and Shay Shariatzadeh.
Photo Source: Instagram

TMZ received a photo of the WWE star sporting a navy blue suit as he walked into the members-only Vancouver Club with his wife. Shariatzadeh donned an open-back halter neck gown in white with flowery motifs visible from behind.

The wedding location is particularly poignant because Cena, 45, met Shariatzadeh on the set of his 2019 comedy Playing with Fire, which was shot in Vancouver.

According to court documents acquired by PEOPLE, Cena and Shariatzadeh married on October 12, 2020, in Tampa, Florida, with a brief ceremony at the downtown office of attorney Dilip Patel, who served as the officiant.

Following the original wedding, an industry insider told PEOPLE that "it was love at first sight" for Cena when he met Shariatzadeh, an engineer.

"He is a romantic," claimed the insider, adding that the couple "knew they would marry, so the [secret wedding] wasn't a surprise." John just wanted to do it out of the spotlight."

Shariatzadeh, who was born in Iran and reared in Canada, where she was working for business software company Sonatype at the time of the initial wedding, "is brilliant, has her own life and job, and thinks for herself," according to a source.

According to the insider, her qualities are what "challenge" Cena. "She captivated him."

On 2019, while on the red carpet for the premiere of Playing with Fire, Cena told Entertainment Tonight, "It's a lovely day for a movie premiere and I have a beautiful date."

"What's genuinely remarkable about this one is that it will always have a special value for me because I got to film a special project and meet someone important," he stated.

At the time, the actor also told Extra, "It's a fantastic night to go to the movies. I'm coming to see someone wonderful."