Home / net-worth / What is JoJo Siwa Net Worth in 2021? Here's the Complete Breakdown

What is JoJo Siwa Net Worth in 2021? Here's the Complete Breakdown 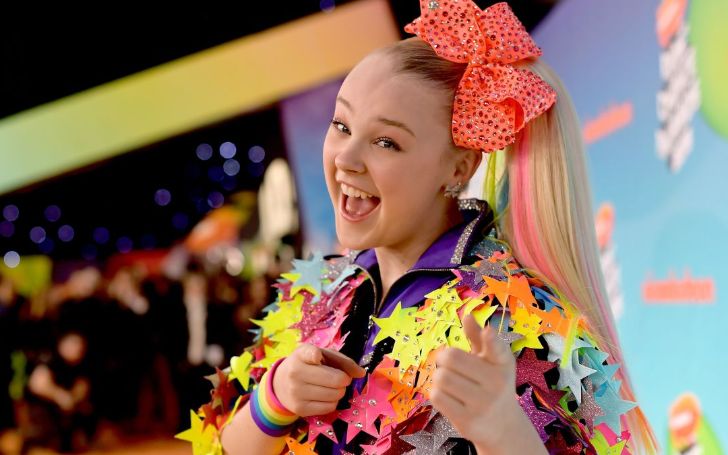 Grab all the details about the net worth collection of an American dancer, singer, actress, and YouTube personality Jojo Siwa.

We've all seen child star Jojo Siwa completely transform herself from the first time she appeared on Abby's Ultimate Dance Competition as the youngest contestant on the show. She's come off a long way, all thanks to her natural talent and dedication as an actress, singer, dancer, and not to miss a YouTube star with over 12.1 million.

Did you know that the 17-year-old has garnered over 3.4 billion total views on her YouTube channel? Yes, that's where she interacts with her fans posting fun videos with her family, music videos, and collaboration with stars like Meghan Trainer, Patis Hilton, James Charles, and many more.

The dancer recently came into the limelight after opening up about her sexuality with a quirky post wearing a t-shirt that read 'Best Gay Cousin Ever.' But that's not what we're going to be talking about today. In the read below, we have all sorts of details on how Jojo Siwa manages to live such a lavish lifestyle and how she generates her income.

Jojo Siwa Net Worth Collection As of 2021

Jojo Siwa isn't just limited to being a YouTube personality and a singer; in fact, she's also an aspiring entrepreneur who' made huge bucks selling her famous bow ribbons online. Speaking about her net worth, according to Celebrity Net Worth, the child star's made a staggering income of $14 million as of 2021.

The huge amount is something people don't make in their whole life, but here we have a 17-year-old making it seem like a no biggie. She's quickly made success not only professionally but also financially as well. Her earnings come from her YouTube channel, product endorsements on Instagram, music releases, tours, selling merchandise, and many more.

Fun Fact: Did you know that Jojo Siwa bought a whopping $3.5 million house in the LA suburb of Tarzana, California, when she was just 16 years old? She gave a brief tour of her lavish home on her YouTube channel, which had 6,000 square feet of living space, built in the Mediterranean-style residence for JoJo's whole family.

The house looked to be totally worth the money with marble floors, fireplaces, a gourmet kitchen, French doors, a swimming pool, and a sports court. Besides that, Jojo is also actively involved in entrepreneurial activities like selling her colorful hair bands. She released a line of her bows back in 2016 and since then has sold over 40 million bow ribbons sold at Claire's fashion accessory company. The bows cost around £8 to £12 each.

You may also like: What is Jeff Bezos Ex-Wife Net Worth in 2021? Here's the Detail

The Tik Toker also partnered with the American department store, J.C. Penny, and released a string of accessories like dolls, books, bedroom decor, pool toys, and many more. Her Jojo Siwa branded cosmetic kit also garnered attention after FDA issued a warning against it.

That's about it for now; follow Idol Persona for more of these reads on your loved celebrity!