Home / lifestyle / Who is Joseph Baena Mother? All Details on his Family Here! 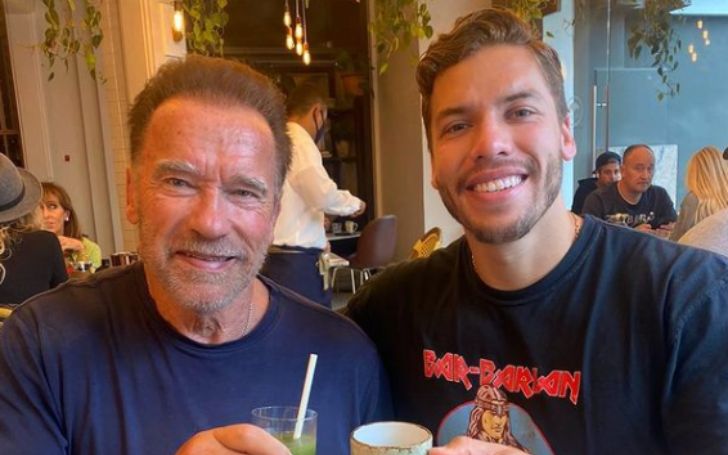 Grab All The Details On Joseph Baena's Personal Life!!

Joseph Baena is a bodybuilder, fitness trainer, and social media personality from the United States. Baena is well-known as the son of Arnold Schwarzenegger, the famous bodybuilder. Indeed, he follows in his father's footsteps and advances in the acting and bodybuilding industries.

The estimated net worth of Baena is around $750,000. In this article, we'll learn in detail about Baena's family.

Who is Joseph Baena's Mom?

Joseph Baena's mother is Mildred Patricia Baena. She worked as a housekeeper for the Schwarzenegger family.

Baena retired in 2011 after nearly 20 years of service to the family. According to Mildred, she received a severance payment and left on good terms with them.

By now, it's all clear that Joseph Baena is the son of Arnold Schwarzenegger and Mildred Patricia Baena. His mom Mildred was the housekeeper at the time. At the time, Arnold was married to his now ex-wife, Maria Shriver, and Patricia was married to Rogelio de Jesus. They had a secret affair, which resulted in the birth of Joseph Baena.

Arnold and the rest of the world were kept in the dark about Joseph's identity for over seven years. His identity was revealed after Arnold and Maria divorced. As Joseph grew older, he began to reassemble Arnold, which is when Arnold realized the housekeeper's son was the result of their secret affair.

Mildred and her then-husband Rogelio separated a few months after his birth, while Arnold and his wife divorced in 2011. According to Rogelio, Joseph's birth certificate was initially forged.

In 2010, Joseph's father purchased a new house for him and his mother in Bakersfield, California. After learning about his son from his housekeeper, Patrica, Arnold assumed all of Joseph's financial responsibilities from the start and continued to provide support. Arnold and his son have developed a strong father-son relationship since then.

On Joseph's Instagram account, he frequently posts about his father-son activities. The American bodybuilder has several siblings on both sides of his family. Katherine Schwarzenegger, Christina Schwarzenegger, Patrick Schwarzenegger and Christopher Schwarzenegger, who were born to Maria Shriver, are his half-siblings, and he has a half-sister, Jackie Rozo, from his mother.

Joseph Baena, 24, is a tall, muscular man. He is undoubtedly has a sizable fan base. Likewise, he is said to be in a relationship with Savannah Wix as per Biography Mask. Savannah is a well-known Instagrammer from the United States. The couple has been dating for a while and is very happy in their relationship.

Wix is a popular internet personality and fitness instructor. Joseph is careful not to get himself into trouble or scandal. Similarly, he stays far away from any potential trouble.