Home / news / Josh Duggar is sentenced to more than 12 years in Prison!

Josh Duggar is sentenced to more than 12 years in Prison! 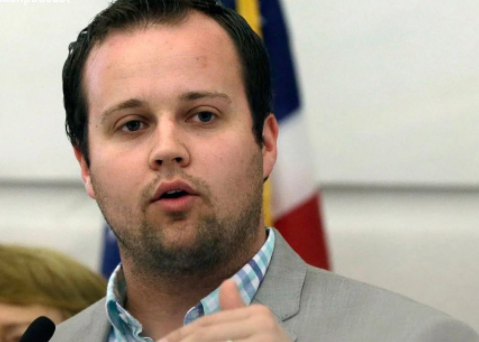 Josh Duggar has been sentenced to more than 12 Years in Prison!

As per CNN, Josh Duggar was convicted of child pornography and received a sentence of more than 12 years in prison.

Josh Duggar was convicted of child pornography and received a sentence of more than 12 years in prison.
Photo Source: Instagram

Duggar was sentenced to 151 months in prison by Judge Timothy L. Brooks of the Western District of Arkansas Federal Court. According to court documents acquired by E! News, he was also fined $10,000.

In addition, the former TLC star will be sentenced to a 20-year supervised release, during which time he will be compelled to enrol in a sex offender treatment program. Duggar will also be barred from interacting with youngsters unsupervised. He is also not permitted to use a computer or any other device without prior permission.

Click Here To See: Adele fans call her out for Failing to Reschedule her Cancelled Las Vegas Residency

Duggar's second conviction of possessing child pornography without prejudice was withdrawn just hours before his sentencing, with the defence and prosecution's consent.

In a statement, Duggar's attorney Justin K. Gelfand said, "We're happy the judge dismissed Count 2 and denied the Government's request for a 240-month sentence." "We are excited to continue our struggle on appeal."

A day before the sentencing, Duggar demanded a new trial, according to court filings. However, it was turned down.

Duggar was arrested in April 2021, only days after announcing that he and his wife, Anna Duggar, were expecting their seventh child. Mackynzie, Michael, Marcus, Meredith, Mason, Maryella, and Madyson are the couple's children.

Anna and other family members wrote letters to the judge in charge of the case. Duggar's wife wrote many emails complimenting the disgraced reality star's fatherhood and marriage.