Home / lifestyle / Josh Duhamel's Girlfriend in 2021: All About His Love Life

Josh Duhamel's Girlfriend in 2021: All About His Love Life 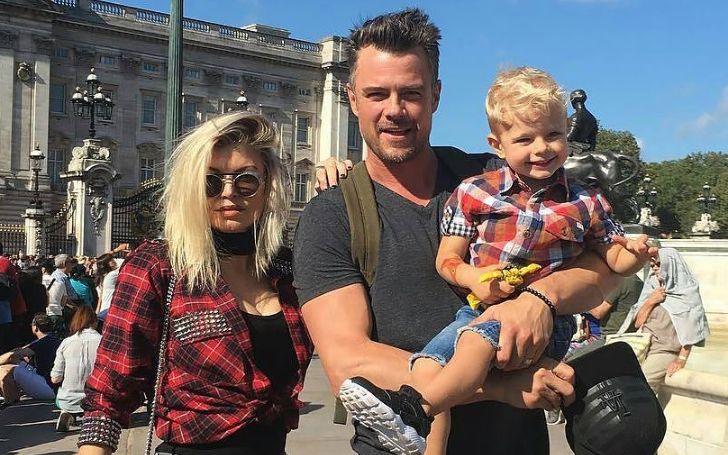 Learn in detail about Josh Duhamel's Love Life in 2021 with us!!

"Transformers" actor Josh Duhamel is one of Hollywood's most handsome leading men. Born on November 14, 1972, Joshua David Duhamel is an American actor and former fashion model. He beat out Ashton Kutcher for Male Model of the Year in 1997.

Josh is an actor who appears in one of the biggest film franchises and recently landed a gig in the new TV series as the main cast member. As of 2021, he holds a massive net worth of $20 million.

Josh, 47, is famous for his roles in the soap opera All My Children. He also has stepped in popular movies like 'Life as We Know It' and the 'Transformers' franchise. So, do you want to know Duhamel's new leading lady? Here is what we know.

Josh Duhamel has been dating an American model and beauty pageant titleholder as well as a TV host and model of Filipino descent, Audra Mari. The duo has been together since December 2018.

By October 2019, outside of a Starbucks, the couple was spotted kissing at the Toronto airport.

Audra is 21 years younger than Josh. According to E Online, Josh states the reason behind dating Audra is his desire to lead a happy family with his sweetheart by bringing babies into their life. As per Josh,

"I'm not 30 years old anymore. I'm 45. I want to have more kids in the next few years. So it's more about finding someone young enough to have kids?"

"It's not as if I am out there trying to just f--k anything. I want to find a girl that I can be with and have a happy family with.''

Also, See: Who is Emily Magny? Detail About Her Married Life and Children in 2021

More, a source told, in December 2019, Josh was really happy with Mari. Well, the couple hasn't tied their knot yet. Hope they will share their vows and make a happy family together. Let's congrats on the couple togetherness.

Why Did Josh Duhamel and Singer Fergie, Divorced?

Yes, Josh Duhamel was indeed a married man before. He and his ex-wife, Stacy Ann Ferguson, better known by her stage name Fergie, were married. On January 10, 2009, the couple shared their vows in a Catholic ceremony at the Church Estate Vineyards in Malibu, California.

With 11 years of togetherness and eight years of married life, they seemed to have the perfect little family having a son Axl Jack, born in August 2013. But, unfortunately, don't know what happened next; the two announced their split on September 14, 2017, and they divorced in a joint statement.

As per the reliable site, Josh and his former spouse came in front with a joint statement, The duo said,

"With absolute love and respect we decided to separate as a couple earlier this year. To give our family the best opportunity to adjust, we wanted to keep this a private matter before sharing it with the public. We are and will always be united in our support of each other and our family."

Sources at the time insisted that there was no drama behind the split. "They completely grew apart," one source told online. "This was a long time coming and they've been trying to sort everything out this past year."

Likewise, Josh said, "she (Fregie) and I have a great relationship. I love that girl and I always will. Unfortunately, we didn't work, but I will always have her back and she is the mother of my baby."

Moreover, Duhamel was romantically linked with Eiza González back in 2018. From 2001 - 2004 Josh was involved with Kristy Pierce and also with Reena Hammer once. Further, he was rumored to have hooked up with Nicole Forrester in 2009.

Stay tuned with us in Idol Persona for your fav celebrity relationship updates.