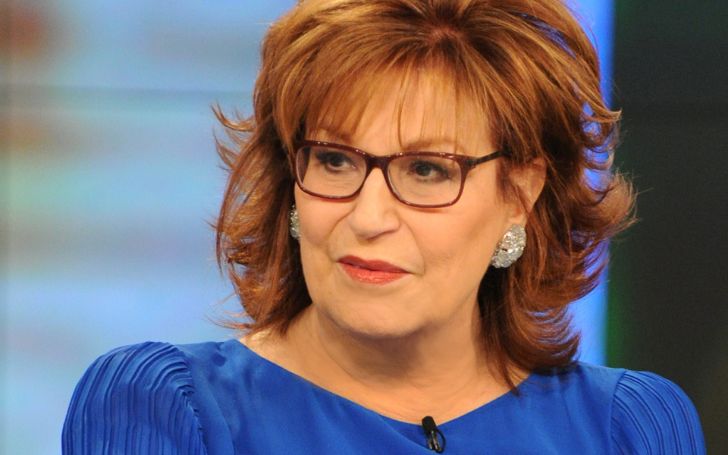 Here are all the details related to the actual net worth of American comedian, writer, and actress Josephine Victoria "Joy" Behar.

The CoronaVirus outbreak has been so severe and widespread that even the most prominent people are not immune from getting it.

Joy Behar recently decided to take a week off from the show and stay at home due to the high risk of the CoronaVirus.
Source: Showbiz Cheat Sheet

Since the older age group is more vulnerable to the effects of CoronaVirus, many of the celebrities and politicians in that range are considering postponing their work and limiting their appearances in public. One of the famous personalities taking steps in such direction is Joy Behar, the 77-year-old co-host of the ABC daytime talk show 'The View.' She's decided to take a week off from the show and stay at home because of the high risk of the disease, which is fatal for her age group.

Find Out About: Tana Mongeau Net Worth - The Complete Breakdown

Enough of the COVID-19 news, that is appearing everywhere every time we open our phones. Besides the recent developments regarding the decision made by Joy Behar to take some time off 'The View,' let's turn our attention to a different aspect of the host's life: her net worth.

What is the Net Worth of 'The View' Co-Host Joy Behar?

As of March 2020, Joy Behar possesses an estimated net worth of $12 million. Her earnings come from various talk shows she's been involved in throughout her career. In the sections below, we elaborately discuss all of her talk shows throughout the years.

Joy, who is married to her husband Steve Janowitz, started at 'The View' as one of the original panelists in 1997. She co-hosted the show as a substitute for Barbara Walters during her absence, but soon she became a permanent co-host.

In 2009, Joy Behar (plastic surgery) won the 'Daytime Emmy Award' for Outstanding Talk Show Host along with Whoopi Goldberg, Elisabeth Hasselbeck, Sherri Shepherd, and Barbara Walters. The show earned the accolade after ten years of nominations without wins for the same category.

Behar left 'The View' in 2013, deciding that it was about time that she retired. She, however, continued to guest co-host through 2014 and 2015. But, on August 25, 2015, she returned to the show to her original position and is working there since.

In 2007, Behar used to occasionally guest host the popular CNN talk show 'Larry King Live.' In 2009, she started her own talk show 'The Joy Behar Show' on CNN's HLN.

Joy split her work to give equal time to 'The View' and her new talk show. 'The Joy Behar Show' became the network's second-highest-rated show, but HLN canceled it after two years with the last episode airing on December 15, 2011.

In 2012, Joy Behar initiated another talk show 'Joy Behar: Say Anything' on the Current TV network.

But the show ended in August 2013 and got purchased by Al Jazeera for its US edition news channel 'Al Jazeera America.'

Check Out: Matthew McConaughey Net Worth - Here's the Complete Breakdown of His Wealth

Well, that's all you need to know about the significant career highlights of Joy Behar.

According to Celebrity Net Worth, Joy Behar holds a net worth of $30 million as of 2022. Yes, she boosted her financial figure and uplifted it pretty high.

Besides that number, the site also noted that Joy makes somewhere around $7 million—no wonder she is a multi-millionaire.

Stay tuned and connected to Idol Persona for more net worth-related content of your favorite celebrities.

Meghan McCain Net Worth - How Rich is the Columnist?