Julie Bowen Net Worth 2022 | Details on her Movies & TV Shows 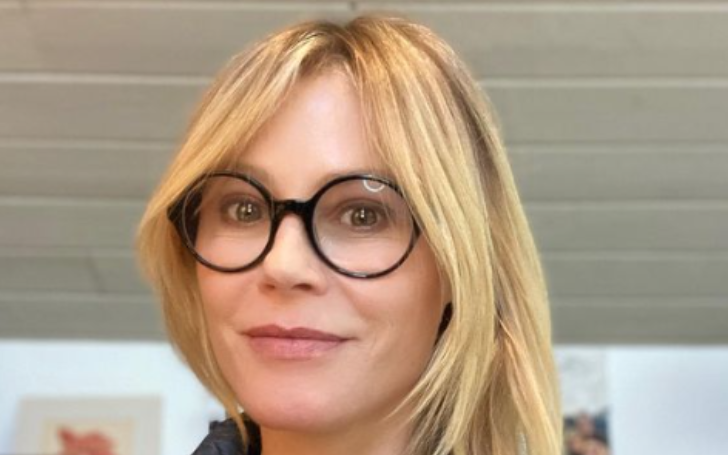 Learn All The Details On Julie Bowen's Net Worth!!

Julie Bowen is an actress from the United States. She is best known for her role as Claire Dunphy in Modern Family. 5'6'' tall actress married her ex-husband, Scott Phillips, and has three kids.

Julie Bowen is an actress from the United States.
Photo Source: Instagram

Bowen earns the majority of her money by appearing in television shows and films. However, the actress has a long list of sponsorships that help her earn a few million dollars.

Julie is one of the funniest actors on television; her role in Modern Family is enough to turn anyone into a Julie fan. She has completed over 40 projects in Hollywood in less than 40 years, providing her fans with some incredible performances that can be binge-watched for a fun night out at any time.

Julie Bowen invested $3.1 million for a 3,212-square-foot Hollywood Hills home in 2017. The four-bedroom house, which sits on 1.03 acres of land, has glass walls, an outdoor fireplace, and a swimming pool.

At first, Julie Bowen appeared as a guest star on an episode of the ABC soap opera Loving in 1992. Bowen then went on to appear in the television movies Runaway Daughters and Where Are My Children? as well as the TV series Lifestories: Families in Crisis, Class of '96, and Acapulco H.E.A.T.

At first, Julie Bowen appeared as a guest star on an episode of the ABC soap opera Loving in 1992.
Photo Source: Instagram

Bowen portrayed Virginia Venit in the 1996 movie Happy Gilmore with Adam Sandler, and she also starred alongside Michael Keaton in Multiplicity. Julie made appearances as a guest star on Party of Five and Strange Luck in the same year.

In 1997, Julie made a cameo in the slasher flick An American Werewolf in Paris. In 1998 she started a recurring role on the NBC medical drama ER, playing Roxanne Please for nine episodes, and in 2000, she guest-starred on Dawson's Creek before landing the role of English teacher Carol Vessey on NBC's Ed.

The show aired 83 episodes over four seasons and won the People's Choice Award in 2001 for Favorite Television New Comedy Series.

You May Also Like: Why is Jay Shetty Famous? What is his Net Worth in 2022?

Bowen appeared in Kids in America, guest-starred on four episodes of ABC's Jake in Progress, and began a five-episode stint as Sarah Shephard on Lost in 2005. In 2005, she debuted as attorney Denise Bauer on Boston Legal, in which Julie appeared in 50 episodes alongside William Shatner, James Spader, and Candice Bergen.

Julie appeared as a guest star on Wainy Days, Weeds, Law & Order: Special Victims Unit, True Jackson, VP, and Monk before going on to play Claire Dunphy on ABC's critically acclaimed sitcom Modern Family for 11 seasons. The show came in at number 34 on the Writers Guild of America's list of the 101 Best Written TV Series of All Time and at number 43 on the TV Guide magazine's list of the 60 Best Series of All Time in 2013.

Bowen appeared in a number of movies while starring in Modern Family, including Crazy on the Outside, Jumping the Broom, Conception, and Life of the Party. In 2011, she played Rhonda Harken in Horrible Bosses, which brought in $209.6 million at the box office.

Julie worked with Adam Sandler once more on the Netflix movie Hubie Halloween in 2020. She also participated in the reality show Who Wants To Be A Millionaire?, winning $500,000 for the charity Baby2Baby.

Julie Bowen has received four Screen Actors Guild Awards, two Primetime Emmy Awards, and the Critics Choice Television Award in 2012. She has, however, been nominated for a slew of prestigious awards in Hollywood.

Bowen has received the most attention for her role in Modern Family since the show's inception. Julie has been nominated for several awards as a result of her work on Modern Family.

In 2015, Julie was nominated for a Behind the Voice Actors Award for Best Female Lead Vocal Performance in a Feature Film for her work in Planes: Fire & Rescue, and the cast of Tangled: Before Ever After was nominated for Best Vocal Ensemble in a TV Special/Direct-to-DVD Title or Short in 2018.