Home / lifestyle / Who is Kady McDermott Dating Currently? Detail About her Dating History

Who is Kady McDermott Dating Currently? Detail About her Dating History 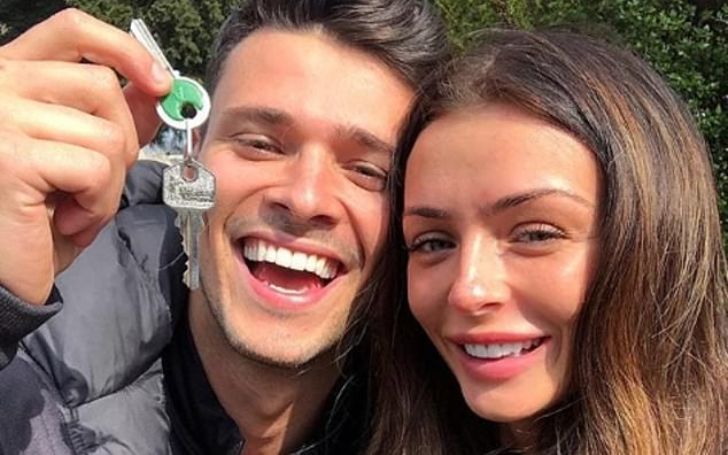 Grab All The Details On Kady McDermott Personal Life!!

Kady McDermott is an Instagram celebrity, make-up artist, and reality television star from England. Her appearance on the British dating show "Love Island" made her famous.

The 26-year-old model appeared in the second season of the reality television show when she was paired with Scott Thomas. McDermott's outspoken statements on the broadcast and social media continued to create headlines.

Who Is Kady McDermott Dating Currently?

As of 2022, Kady McDermott might be single. As per The Sun, McDermott was dating Towie star, Myles Barnett. They did, however, end their relationship. During an Instagram Q&A with fans, she announced their recent split. "Yes," Kady admitted when asked if she was single.

McDermott and her boyfriend started dating in 2018 but have already broken up multiple times due to their tumultuous relationship. Despite their on-again, off-again relationship, they spent thousands of dollars refurbishing a home they bought jointly in 2019.

They've transformed a run-down chalet bungalow in Hertfordshire into an expensive two-story home with six bedrooms. Kady posted a photo of the pool table she had purchased for Myles as a surprise on their "Our Bungalow Project" home Instagram page in January.

Kady McDermott Relationship In The Show "Love Island" And Past Affairs

On the show, Kady McDermott was teamed up with Scott Thomas. She was dating model Sam Reece a few months before entering the show, by the way. However, the romance appears to have ended badly, as Reece implied that she was immature on Twitter in response to her outburst on "Love Island" after Scott got close to newcomer Tina.

On the show, Kady McDermott was teamed up with Scott Thomas.
Photo Source: Instagram

James Khan, a rookie, was also on Kady's date. She and Scott had a furious argument on the show, which resulted in her being confined to a room. While Scott had claimed that their relationship would never work, they reconnected after the program concluded and went on a romantic vacation to the Maldives.

Click Here To See: Who is Noah Urrea? Who is He Dating Currently? Details Here

McDermott even moved in with Scott and got a puppy named Cody as a pet. Despite this, they split up in August 2017 and stopped following each other on social media.

Kady then told "The Sun" that she disliked Scott's frequent partying, which caused a split between them. They called it quits after he yelled at her during a heated argument.

In October 2016, Kady McDermott was criticized for her spending and lifestyle choices. A petition was submitted in November 2017 in Welwyn Garden City, Hertfordshire, where she was set to turn on the Christmas lights.

In October 2016, Kady McDermott was criticized for her spending and lifestyle choices.
Photo Source: Instagram

Over 550 parents felt McDermott negatively influenced their children, prompting the event's organizers to remove her name. She was enraged on social media after the incident because bullies and trolls had made utterly terrible comments.

Following a heated fight over the design of her Instagram profile, Kady found herself entangled in an even bigger controversy in February 2019, when she labeled the baby daughter of glamour model and former Towie star Maria Fowler "vile."