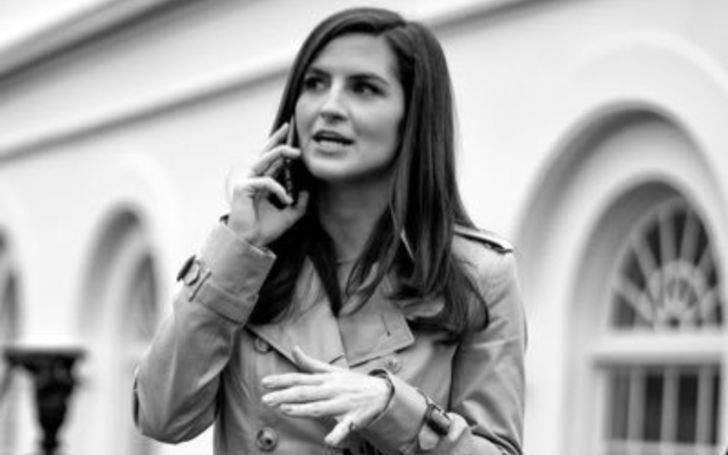 Kaitlan Collins is named as CNN's Chief White House Correspondent and is the channel's youngest member to become one.

CNN announced the new role for their star reporter for its White House and Congressional correspondents in Joe Biden's administration.

While Phil Mattingly will be the senior White House correspondent, other correspondents like Arlette Saenz, Jeremy Diamond, John Harwood, MJ Lee, and Kate Bennett will also be covering over the White House.

The 28-year-old explained her experience in the White House as, “I remember being at the Trump White House in the early days, and one of them was like, ‘This just doesn’t happen. The pool doesn’t get called at the last minute to go to the Oval Office to hear from the President, where he takes 10 questions and makes so much news that you don’t even know where to start when you go to report it.’”

Collins faced her share of difficulties working as a reporter when she had difficulties in relaying the message of the White House that refers to media as “fake news” and “the enemy of the people.”

There were multiple times when Kaitlan was removed from events for asking her questions. Back in 2018, the White House banned her from a Rose Garden event for asking questions about Russian President Vladimir Putin and Donald Trump's former attorney Michael Cohen in the Oval Office in the midst of a photo op.

You may also like: What is Maci Bookout Net Worth in 2021? Here's the Complete Details

Again in May 2020, Trump ended a press conference on the spot while attempting to bypass Collins's questions. At that time she questioned the president about his claim of total authority to manage social distancing restrictions upon the coronavirus.

Through her dedication and talent in the media industry the White House correspondent was named as Mediaite's number 50 Most Influential person in News Media along with one of Forbes magazine's 30 under 30: Media in 2019.

That's all, for now, follow Idol Persona for more of these news on your favorite celebrity.