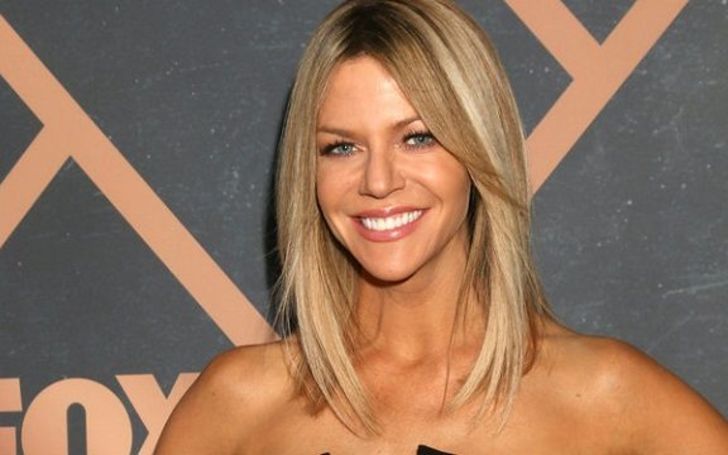 Grab all the details on the plastic surgery talk of Kaitlin Olson.

Most celebrities opt for cosmetic surgery to enhance their physical characteristics to look more attractive. Different forms of plastic surgery are available, and more and more of our favorite celebrities choose the procedures in order to reduce weight, have beautiful eyelids or have few wrinkles on their face due to aging. Kaitlin Olson from the FX comedy series 'It's Always Sunny in Philadelphia' also took the same choice. Want to know why she did that? Let's find out.

The audiences of 'It's Always Sunny in Philadelphia' must have noticed something different with the face, especially the eyebrows, of the actress of the character 'Deandra "Sweet Dee" Reynolds.' The curiosity of the fans made it a subject of topic for several Reddit threads on the Internet. The viewers immediately made speculations that Kaitlin Olson, who enjoys a net worth of $18 million, went under the knife to modify her look and reshape her facial structure.

Viewers started noticing some differences in the facial features of Kaitlin in subsequent seasons of 'It's Always Sunny in Philadelphia.'
Source: Famous Plastic Surgeries

But the story of why she did it is different from that of other celebrities who do it for looks. At the age of 12, Olson faced a severe bicycle accident involving a vehicle that fractured her skull. To restore her previous state to some extent, she had to undergo reconstructive surgery. That is the reason why people often question her facial features.

Find Out About: Renee Zellweger Plastic Surgery - Everything She Said Against the Rumors

The horrible accident changed Kaitlin's life forever and impacted her deeply. She relates her experience with Glamour in an interview.

I still have a hole in my head. It was the size of a lime. Now it's the size of a quarter. It was bad. I had my head shaved, and this was all going into junior high school. I also smashed my face and had to have surgery. It was bad, it was really, really bad. Honestly, it's probably the greatest thing that ever happened to me. That was a real serious source of adversity that took years to fight back from that. No 12 or 13-year-old girl wants to walk into her first day of junior high with a swollen face and a shaved head and a [huge] scar. It was bad.

Well, over the years, she's learned to cope with the stress and successfully got through that difficult period.

Also See: Did Debra Messing Have Plastic Surgery? Get All the Facts Here

Kaitlin Olson Is Married to the Executive Producer and Co-creator of 'It's Always Sunny in Philadelphia,' Robert McElhenney

In 2005, Kaitlin Olson was cast as the character 'Deandra "Sweet Dee" Reynolds' for the show 'It's Always Sunny in Philadelphia.' Robert McElhenney was the executive producer and co-creator of the series who also played the role of 'Mac' for the same show.

Kaitlin Olson and Rob McElhenney met on the set of 'It's Always Sunny in Philadelphia.'
Source: Uproxx

Being the co-star meant that the two frequently met each other on the set. They started to like each other and soon their professional relationship as co-stars turned into a romantic one. The couple started dating secretly during the second season of the series. Later, they came out publicly, and the duo had their first child, a boy named Axel Lee McElhenney, on September 1, 2010.

In 2012, Olson went into labor at a game between the Los Angeles Dodgers and the Philadelphia Phillies. Then their second son, Leo Grey McElhenney, was born on April 5, 2012. The couple now lives with their two sons in Los Angeles, California.

As of 2022, Olson, 46, and her husband are still together. Further, the duo is enjoying their life with their kids.