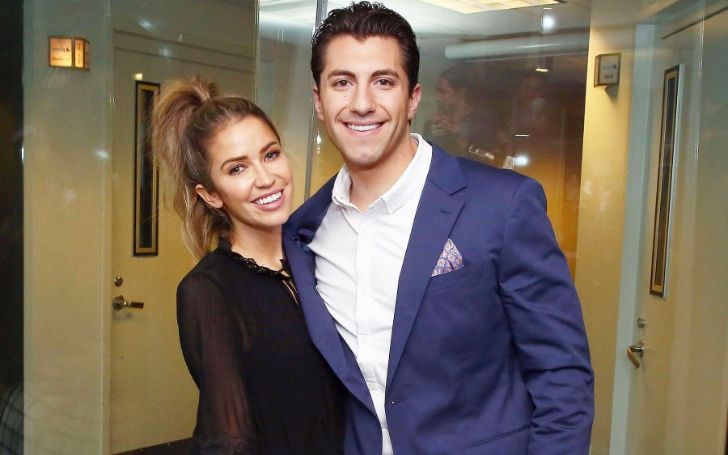 Here is All The Information Regarding Kaitlyn Bristowe Fiancé, Jason Tartick, and Her Previous Relationship.

Kaitlyn Bristowe is a reality TV superstar on The Bachelorette" and "Dancing with the Stars." Besides TV shows, she has also worked on Broadway, has her own Podcast, and is also a businesswoman.

On 19th June 1985, Kaitlyn was born to her parents Leslie Hipkin and Mike Bristowe, in Leduc, Alberta, Canada. She was raised with her elder sibling named Haley Jane Bristowe.

The 35-year-old Kaitlyn became popular after becoming part of three famous reality series; The Bachelor, The Bachelorette, and Dancing with the stars. She gathered an immense amount of fan following. And her fans want to know much more about her husband-to-be and her past relationships, which we put together here.

The Bachelorette contestants Kaitlyn Bristowe and Jason Tartick are engaged after more than two years of a long-term relationship. In January 2019, the couple started dating and got engaged in May 2021.

Kaitlyn Bristowe got engaged with Jason Tartick in May 2021.
Photo Source: Instagram

The duo met while they were recording an episode of Kaitlyn's Podcast, Off The Vine. Just after a few weeks of their meeting, a special bond grew between them, which led them to create a new journey.

Kaitlyn and Jason didn't go public until Valentine's Day. Jason took Instagram to reveal their relationship, where he shared a photo of them hanging out with a caption; so grateful for you.

Kaitlyn and Jason announced that they were living together just after their five months of dating. In addition, to officially begin their life as a live-in couple, Jason moved from Seattle to Nashville to be with Kaitlyn. Furthermore, the pair also adopted two puppies named Ramen and Pinot.

Katilyn and Jason started living together before they got engaged.
Photo Source: Instagram

In May 2021, the love birds announced that they were engaged in an interview with Entertainment Tonight. Katilyn revealed that she was not prepared when Jason pulled out the ring box to propose. Furthermore, she said that she was so embarrassed because of her clothes because she was wearing a T-shirt that said, 'Tequila for Breakfast."

The couple has become one of the Bachelor Nations' most adorable couples in the last few years. Moreover, Kaitlyn is reportedly ready to have kids with her fiancé John.

Jason Tartick is a widely known banker and a contestant on season 14 of ABC's The Bachelorette. He is also known for his appearances on The ABC Network: Good Morning America, Bachelor Season 23 Premiere & Finale, and The Bachelorette Season 17.

Besides, The Bachelorette Jason has also worked as a corporate banker for nearly ten years. He has earned his MBA in Accounting & Finance and has executed over $150,000,000 in lending to mid-market-sized companies across the country.

Also Read: Who is Sierra Katow Boyfriend in 2021? Find It Our Here

In addition, he has also launched "All Access Business Networking Group," an informational Instagram Restart_Reset with a 100K+ following. Similarly, he is also the host of his Podcast, Trading Secrets. The show landed the #1 business podcast in the charts during its first week of release and still trends in top Business podcast charts.

Kaitlyn Bristowe and Bachelorette contestant Shawn Booth were engaged at the end of the 11th season of the Bachelorette. Shawn, a personal trainer, got along with Kaitlyn to show that he won her heart in the final episode.

However, after more than three years of their relationship, Kaitlyn and Shawn called it a quit. As per Us Weekly, the duo came to the difficult decision after thoughtful and respectful consideration. In addition, they also said that even though they are parting as a couple, they are very much committed to remaining friends.