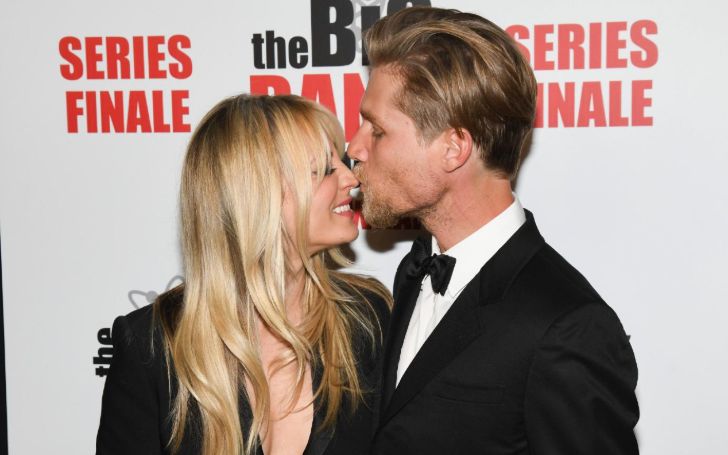 Two Weeks Ago Kaley Cuoco and Her Estranged Husband Karl Cook Announced Their Divorce, And He Shares New Information on This Topic.

Kaley Cuoco, an American actress, and her beau Karl Cook, an equestrian, decided to end their marriage. Her estranged husband is also well-known for being the son of billionaire businessman Scott Cook.

Talking about Cuoco and Cook's heartbreaking split, they officially announced the news on a joint statement on September 3, 2021. As noted by Fox News, the duo said:

"Despite a deep love and respect for one another, we have realized that our current paths have taken us in opposite direction. We have both shared so much of our journey publicly so while we would prefer to keep this aspect of our personal life private, we wanted to be forthcoming in our truth together. There is no anger or animosity, quite the contrary."

Kaley was the one who filed for divorce on September 3, and after two weeks, Karl added new information on their divorce. And, as per that, Cook doesn't want any spousal support; however, he does want their legal separation to follow their prenup agreement.

Cook, who cites "irreconcilable differences" as the root of their split, also wants all of the properties they acquired together as a couple. Actually, he wants all those assets distributed between him and his wife, Cuoco.

According to Yahoo, amateur photographer Karl puts a condition; he wants his "miscellaneous jewelry and other personal effects," back. In Cook's recent announcement, he also mentioned that they would pay their own attorney's fees.

Karl Cook is sticking to Kaley Cuoco because of his prenup.
Photo Source: US Weekly

Talking about Cook and Cuoco's romance, they started dating back on February 14, 2016. After knowing each other for two years, the couple shared their vows on June 30, 2018, in San Diego, California.

Kaley and Karl recently celebrated their third anniversary. The Big Bang Theory star even wished Karl through her Instagram page. She uploaded a photo of them together and wrote a caption:

"NY, June 30th ,2016 is the year we met. 2 years to the day before we got married and now 3 years married! Why have you stayed married to me for so long?! I'm sincerely impressed @mrtankcook lol I love you oh so much you have no idea …happy anniversary!!! (Heart enmojis)"

Unfortunately, after five years of togetherness and three years of married life, their life as a married couple came to an end.