Home / lifestyle / Who is Karley Scott Collins? Who is She Dating Currently?

Who is Karley Scott Collins? Who is She Dating Currently? 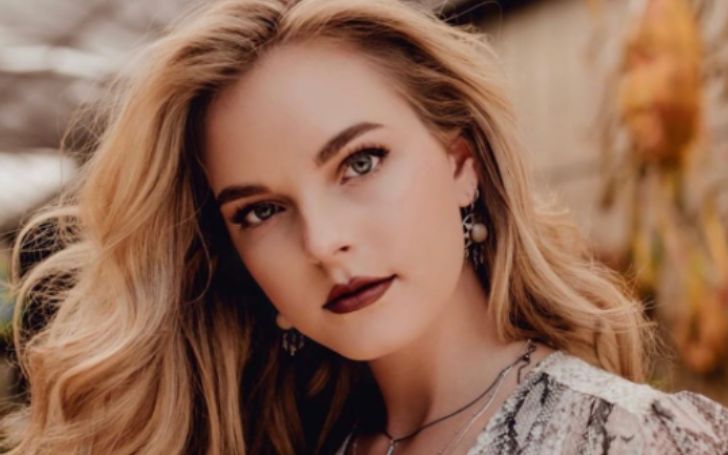 Learn All The Details On Karley Scott Collins' Personal Life!!

Karley Scott Collins is an actress and singer from the United States. She is best known for her portrayal of Oprah Pearl in the CBS sitcom "The Class."

The 22-year-old actress is well-known for her roles in films such as When You Find Me, Once Upon a Time and Amish Grace. Collins is a dedicated worker who has established herself in the American television and film industries at a young age. Her estimated net worth is $400,000, as per Celebrity Net Worth.

Who Is Karley Scott Collins?

Karley Scott Collins was born in Florida, United States of America, on December 14, 1999. She is of North American origin and of American nationality.

There is currently no information about Collins's parents. She has also revealed that her parents were the driving force behind her blossoming profession.

The actress honed her acting skills by reenacting the exact lines and dialogue from the films and television shows she chose. Karley's educational history is also unknown. She prefers to keep a low profile and avoids revealing too much of her personal life in public.

Who Is Karley Scott Collins Dating?

Karley Scott Collins, a beautiful American actress, is single. She has managed to keep her personal information so private that the media is unaware of her past and present affairs.

Because Collins is so young, it appears that she is honing her power and skills to fulfill all of her dreams rather than becoming involved in affairs and relationships.

According to records, Karley is not married. We'll keep you updated as soon as we learn more about her relationship status. The exciting thing about the actress is that she has never been involved in any controversy.

Karley Scott Collins made her professional acting debut as a child actor in 2006, when she played a recurring role as Oprah Pearl in the television series The Class. She appeared in a total of six episodes.

Karley Scott Collins made her professional acting debut as a child actor in 2006, when she played a recurring role as Oprah Pearl in the television series The Class.
Photo Source: Instagram

Collins's popularity multiplied from the start of her career. In 2008, she made her film debut in the film The Hottie and the Nottie, in which she played Young Cristabel. Karley also starred in the films Pulse 2: Afterlife, Amusement, and Pulse 3: Invasion in the same year.

Karley went on to guest star in a number of TV shows, including Family Guy, Fringe, Once Upon a Time, and Family Guy. So far, the actress hasn't won any honors. She is, nevertheless, putting in more effort to achieve her goals.

Collins has also starred in a few television ads, notably one for Highmark Insurance. The youngster is particularly fascinated by fairies. She enjoys remaining active and participating in activities such as tennis, swimming, cycling, scuba diving, and gymnastics when she is not acting.