Home / news / Karlie Redd Held a Funeral to Bury Her Marriage. Wait, Was She Already Married?

Karlie Redd Held a Funeral to Bury Her Marriage. Wait, Was She Already Married? 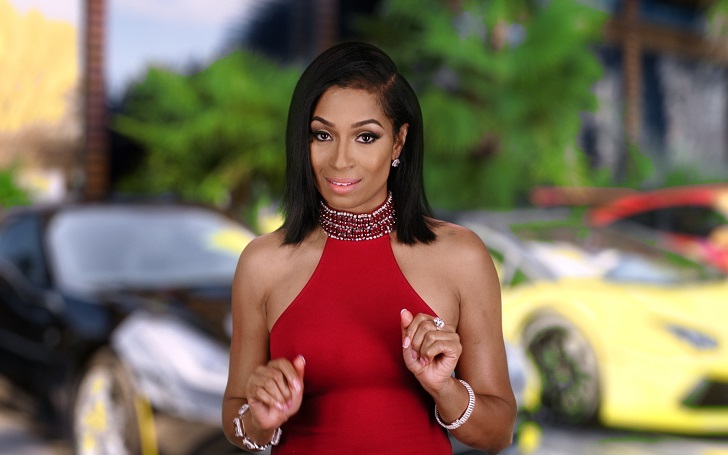 Karlie Redd sent her friends texts about a funeral and announced she was married for a year and is burying the failed marriage to Mo.

Drama can go a long way on reality TV. While Karlie Redd's relationship with Maurice "Mo" Fayne was an epic drama on its own, she took it to the next level by conducting a funeral to bury the death of the relationship. And what's even more shocking was when she told her funeral attendees that she was married for a year!

The 'Love & Hip Hop: Atlanta' star first sent a text to all her friends to come over to a funeral home, without any details about who, or "what" in this case, was in the coffin. Either way, they dressed in the fanciest black outfits and went to the site of request, wondering what's happened.

When they do reach the funeral home, they see a gloomy Karlie standing at the center of the room. When everybody gathered, she announces she asked them all to come down as she was burying her marriage on the one-year anniversary. It was shocking for the weirder fact that no one knew she was even married.

We all saw Mo taking off his engagement ring and walking out of the pre-marital therapy (more like a marriage counseling) session, but there was no hint about a marriage. She then explains that their marriage had hit a rough patch (yeah, no kidding!) and that she wanted to end things with him completely. So she wanted them to help everyone grieve the end of her marriage.

The reactions from the viewers were also amusing, to say the least, and while the plastic surgery look was already enough, many have had enough of the Redd Remy Hairline founder now. She also shared those backlashes on her Instagram story. It was weird that the funeral home even let her hold a funeral for something abstract.

It's also led people to continually say that 'LHHATL' is so scripted that they should stop saying it's a reality show at all. And they are all out of the show as well.

Stay tuned and connected to IdolPersona for more updates.