Home / health / Kate Bottley Undergoes a Weight Loss, But Will Grow Furious If You Compliment on Her Transformation

Kate Bottley Undergoes a Weight Loss, But Will Grow Furious If You Compliment on Her Transformation 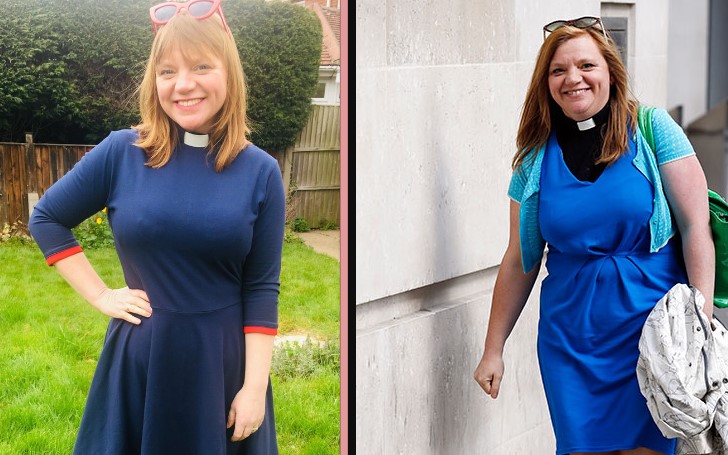 Here's what you should know about Kate Bottley's weight loss.

Kate Bottley is an English presenter, reality TV personality, and journalist. But all those things, she does as a part-time, Kate is primarily a reverend. Kate is a Church of England minister in Nottinghamshire. Since many of her fans know as her as a presenter, she sometimes introduces herself as one.

Kate often makes her appearance on British radio, television, and even newspapers. The 45-year-old journalist pens for publication houses like 'The Guardian,' 'The Independent,' 'The Times Educational Supplement,' and 'Radio Times.'

Kate, moreover, is also a guest contributor on BBC Radio show, 'The Chis Evans Breakfast Show for 'Pause for Thoughts' segment. She even presented the 'The Sunday Hour,' and now presenting on 'Good Morning Sunday.'

Also Read: EastEnders Star Jessie Wallace Shrank From Size 14 to 6 Following Massive Weight Loss, Find Out How She Did It

As a radio personality, she rarely comes in people's eyes, however, whenever she makes public appearances, people usually don't fail to notice her, in fact, some do observe quite well. Many claimed the presenter has undergone a massive weight loss, following which the journalist grew furious! Let's find out why.

As we mentioned earlier, some people do observe quite well, and it can get a little too much for some celebrities. Back in 2019, people started claiming Kate Bottley has undergone a massive weight loss, following which people on the internet started complimenting her on her transformation.

Kate, however, was not pleased with the people's flattery. In fact, she ranted for supposedly almost an hour on her social media account, long thread on her Twitter account says so.

So, apparently, people's guess was right, Kate Bottley did lose some weight. The presenter revealed she lost a little over two stones, but that's not something she wants to remember as it reminds of her difficult time. Kate revealed, "my beautiful Mum was in intensive care. She was there for weeks and weeks and was dying. During that time I felt too worried to eat. I lost 2 stone."

Kate further added, "Lots of people without knowing why I'd lost weight, complimented me." Which is true, we couldn't agree more with you on this Kate. And of course, she updated her mother is doing good now. Kate said, "My Mum's doing really well, by the way, YAY!"

So you know why Kate Bottley grew furious when people complimented on her weight loss, as her Mum was ill, following which she lost two stones, all because of stress. But the presenter laid other reasons too and ranted for almost an hour (guessed it looking at her tweet threads).

Here's what Kate said, "The first reason to not say "You look great, have you lost weight?' is because if someone is thinner it might not be for a 'good' or intended reason and saying it might just remind them of the bad thing they are going through."

Kate continued, "The second reason is that sudden weight loss may be a sign of a serious illness (like colorectal cancer). Imagine how rotten it would feel to compliment someone on their weight loss only for them to tell you the reason is that they are seriously ill."

Bottley gives another reason, "The next reason is, it's not actually anyone's business what someone else body looks like and the person you're saying it to might not want your opinion, their body, their business.No matter how nicely it's meant, it's a backhanded compliment. 'You look great have you lost weight?' by its implication means you didn't look great before. The reserve of this is 'You've gained weight you look awful' and no one would say that now would they?"

Kate also emphasizes that happiness is not related to waist size and the scale can only tell you what you weigh not how brilliant you are, and you are you know? Utterly brilliant. Beautiful at any size.

The presenter concluded by saying, "And this isn't about 'political correctness or being a snowflake or "oh you can't say anything anymore', you can! There are loads of ways to say nice things without commentating on someone's body 'You look lovely' 'You look happy' 'That's a great color on you.' But this is just what I think, it's ok if you don't. Here ends the thread. You'll forgive me if I don't get into a big discussion as I said, the whole afternoon has me feeling a bit weird.
Know this though, you're flipping gorgeous, yes you...beautiful, loved & lovely."

You May Also Like: Here's What You Should Know About Josie Gibson's Incredible 6-Stone Weight Loss