Here's the information on how Kedakai Turner was included in 'Clue', and her involvement in the books written by her late husband, James Lipton.

James Lipton recently passed away on March 2, 2020, at the age of 93. He was suffering from bladder cancer, and according to his wife, Kedakai Turner, he took his last breath peacefully in the morning at his home in Manhattan.

James Lipton was the host of the talk show 'Inside the Actors Studio' on Bravo.
Source: Variety

People are going to remember James not just as the host of 'Inside the Actors Studio,' but also as a great personality and interviewer who possessed an exceptional skill of interviewing celebrities and guests alike in a way to extract precisely the required information. His unique inquiry technique made the talk show a hit on Bravo since its inception in 1994, and it sustained for a long time, that is for over 23 years until he retired in 2018.

Lipton was also the dean emeritus of the Actors Studio Drama School at Pace University in New York City. Moreover, he worked as an actor and a lyricist as well.

James Lipton was married to Kedakai Turner for about 50 years.
Source: Biography World

James Lipton's wife, Kedakai Turner, was an essential part of his life, as the talk show host called his marriage with Turner the "greatest" achievement of his life. The couple was married from 1970 to 2020, for about 50 years, which is a really long time for marriages to last in today's world.

Also See: Does Gabourey Sidibe Have a Husband? Grab All the details of her Relationship History!

The marriage of James and Kedakai really shows the true love they had for each other, which is rare to find these days in the modern world swarmed by the superficial mindset of the present generation, giving absolute priority to physical appearances and likes on their Instagram pictures.

Before Turner and Lipton married, she worked as a model and a real estate agent. She was an inspiration for the model 'Miss Scarlet, ' which appeared on the cover of the Board Game 'Clue.'

Kedakai Turner was an inspiration to the model 'Miss Scarlet, ' which appeared on the cover of the Board Game' Clue.'
Source: Spotlight on Games

Her involvement with the making of the iconic game sparks huge interests among Reddit users with several threads on the subject where they discuss and share their opinion.

Couples often express their love for their spouses by exchanging tokens and or special gestures to convey their love for each other. That what keeps a marriage fresh and keeps the spark alive to sustain the relationship.

Kedakai Turner did the illustration designing for Lipton's book 'An Exaltation of Larks.'
Source: Getty Images

James Lipton had his own way of showcasing his love to Kedakai Turner. He often mentioned his wife in his books about how she was an essential part of his life.

For her part, Turner used to help Lipton on a number of his projects. She designed the illustrations for Lipton's book 'An Exaltation of Larks.'

Stay tuned and connected to Idol Persona for more lifestyle content of your favorite celebrities. 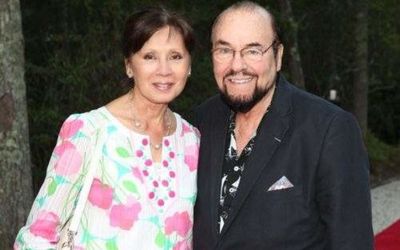