Home / net-worth / Who is Kelis? What is her Net Worth? All Details here

Who is Kelis? What is her Net Worth? All Details here 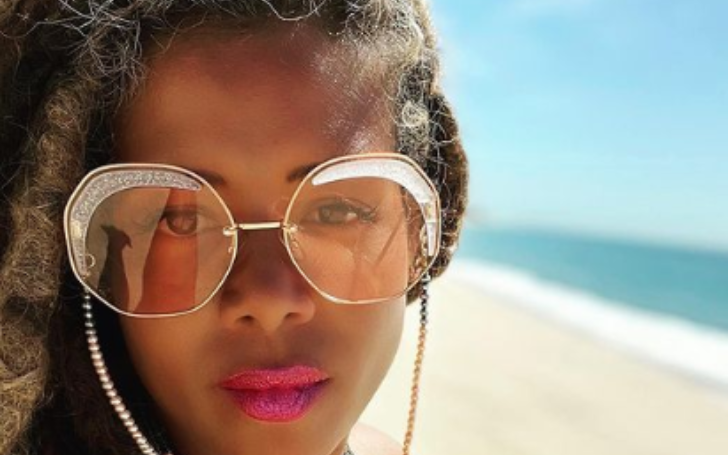 Grab All The Details On Kelis' Net Worth!!

Kelis is a singer from the United States. She began working with music producers Pharrell Williams and Chad Hugo, known as The Neptunes, which led to her signing with Virgin Records in 1998.

Kelis' debut studio album, Kaleidoscope, was released on December 7, 1999, by Virgin Records. She has a kid named Knight with her ex-husband Nas, a rapper and actor. The pair married in 200; however, their relationship ended in divorce in May 2010.

What Is Kelis' Net Worth?

As per Celebrity Net Worth, Kelis has a net worth of $4 million. As an R&B and Hip Hop artist with over six million records sold globally, she achieved that fortune.

Kelis is a singer from the United States.
Photo Source: Instagram

Kelis has received various awards, including two Grammy nominations, Brit Awards, Q Awards, and NME Awards. She launched Cake, her own line of fashion accessories, in 2006.

In 2007, Kelis was in talks to host a Project Runway-style show for VH1, and she auditioned for several film and television roles. She competed as Daisy in the British version of The Masked Singer in January 2020, where she was eliminated in the fifth episode.

My Life on a Plate, her debut cookbook, was launched on September 28, 2015; Kelis describes it as "an exploration of cuisines and cultures, as well as my experience as a chef, musician, mother, and wife."

Kelis started recording her debut album, Kaleidoscope, in mid-1998 and completed it in less than a year. The Neptunes produced the album, which was published by Virgin Records in 1999, and it peaked at number 144 on the US Billboard 200 chart and hit the top five on the Top Heatseekers chart. According to Nielsen SoundScan, the album sold 249,000 copies as of 2006.

Kelis started recording her debut album, Kaleidoscope, in mid-1998 and completed it in less than a year.
Photo Source: Instagram

Kelis received the Brit Award for International Breakthrough Act and the NME Award for Best R&B/Soul Act in 2001 before joining Moby and U2 on their respective Area: One and Elevation tours. Wanderland, Kelis' second album, was released in Europe, Asia, and Latin America in 2001 but did not receive a North American release.

Kelis recorded "So Be It" for the Red Hot Organization's Fela Kuti tribute album, Red Hot and Riot, in 2002, with all earnings going to AIDS awareness organizations. The following year, she had a top 20 US dance hit with a remix of "Young, Fresh 'n' New," produced by Timo Maas, who later included Kelis on his track "Help Me."

Kelis had a second top ten hit in the United Kingdom in 2003 as a featured artist on Richard X's "Finest Dreams," a reworking of the S.O.S. Band's 1986 single "The Finest." Later that year, she achieved mainstream success in the United States with her Hot Dance Club Play number one, Billboard Hot 100 top three single "Milkshake," which helped propel her third album Tasty to gold status in the United States.

Click Here To See: Is Hilaria Baldwin Rich? What is her Net Worth as of 2022?

In 2004, Kelis collaborated with Björk on a remix of the latter's tune "Oceania" (from Björk's album Medlla), which debuted as a B-side to the Björk album's second hit, "Who Is It."

Kelis contributed a track called "80's Joint" to the Step Up soundtrack in 2006. She has worked with Busta Rhymes and will. i.am appears on Rhymes' 2006 album The Big Bang's second single, "I Love My Bitch." Kelis Was Here, her fourth studio album, was released in August 2006. After Kelis left Jive, the label issued The Hits, a fourteen-track greatest hits collection, in March 2008.

Kelis revealed in 2009 that she was working on her fifth studio album, which would be released in 2010 through Interscope Records under the will.i.am Music Group. Kelis collaborated on the album Flesh Tone with a number of producers and contributors, including Ammo, Jean Baptiste, Benny Benassi, Burns, Diplo, Boys Noize, Free School, DJ Switch, will.i.am, and David Guetta.

Kelis' performance at London's Somerset House was recorded and released in November 2014 as the album Live in London. She appeared alongside rapper Sage The Gemini on English house DJ TCTS' single "Do It Like Me (Icy Feet)" in March 2017. She appeared on Dan Black's track "Farewell" in April 2017.

Kelis' second studio album Wanderland was released to streaming sites on June 3, 2019, 18 years after its European debut. She stated her new album, Dirt, will be released in the spring of 2022 in December 2021. On April 18, 2022, Kelis collaborated with Daily Harvest on a song called "Feed Them."

Kelis is chastising Beyonce for reportedly using a sample of her 2000 song "Get Along With You" on the "Renaissance" album without her consent.