Home / lifestyle / Who is Kelly Osbourne's Husband? Details of Her Married Life!

Who is Kelly Osbourne's Husband? Details of Her Married Life! 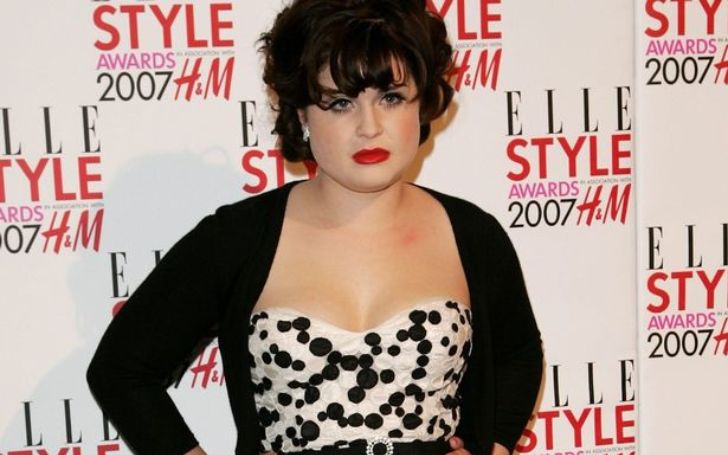 Grab all the details on the married life and husband of the actress and singer Kelly Osbourne.

Kelly Osbourne is best known for her appearance on the reality television program 'The Osbournes' along with her family, which includes her father Ozzy Osbourne, the famous lead vocalist of the heavy metal band Black Sabbath, and her mother Sharon Osbourne, a renowned television personality. The cast members of the show earned a 2002 Emmy Award for Outstanding Reality Program for their part in the show.

Besides, Kelly Osbourne has also made an appearance on 'Dancing with the Stars' with the professional dance partner Louis van Amstel and they finished third in the competition. Additionally, the actress also served as a judge on the television shows such as 'Australia's Got Talent' and 'Project Runway Junior.' Apart from her career, let's take a look at her personal life too, so we get to know her better. Below we are discussing her married life and relationship status, to learn more about her private life.

Who is Kelly Osbourne's Husband?

Currently, Kelly Osbourne is unmarried and is not set to marry anytime soon. She used to be in a relationship with model Jimmy Q but they broke up last year in the summer because they were not able to spend enough time with each other and were too busy with their own work. Jimmy is a model, actor, and artist by profession and is also an avid skateboarder. Kelly and Jimmy dated for four months before they went their own way.

Kelly Osbourne and Jimmy Q broke up in 2019 after dating for four months.
Source: Daily Mail

Now that Kelly is single at present, she is using the time she has to focus on herself. She is not looking forward to be in a relationship anytime soon. '[I'm] taking the 'me' time,' she said, according to an article by Distractify. 'I'm not good to anyone unless I’m good... I think love is a lot of work. It's a lot of work and I hope one day I will [find love again]. But [I'm] not saying yes, not saying no.'

Also See: Who is Chrishell Stause's Husband? Details of Her Married Life!

Kelly Osbourne - who recently lost 85 pounds - has been in relationships with several prominent people in the past, but we listed only some important ones in the sections below.

Matthew Mosshart and Kelly Osbourne met for the first time in 2011 at Kate Moss's wedding. Osbourne began dating the vegan chef soon after their first encounter. The two dated for two years and then got engaged as they decided to 'be together all the time.'

But the couple's engagement did not last long, and a year later in 2014, they broke up. 'It was a mutual decision. We love each other very much,' Kelly clarified the reason for their separation. 'It just wasn’t the right time for us and I think if we weren’t as mature and adult as we are, then we could have gone down a road that wasn’t really nice.' They, however, were on good terms after the break-up and remained good friends.

Kelly Osbourne also dated the photographer Anton Lombardi, who was also her close friend. The two started seeing each other in May 2011, when they were in New York and later went to Los Angeles to spend some time together.

But the relationship lasted for a very short period of time, and they broke off soon after. After she broke off with Anton, she dated Matthew Mosshart.

Kelly Osbourne is Dating  Slipknot DJ, Sid Wilson as of 2022

Giving an update on Kelly Osbourne's love life, she is currently in a romantic relationship with Sid Wilson. You read that right; she is no more single.

Talking about Osbourne's recent Instagram upload, she shared a photo where one can see Osbourne and her sweetheart's locking lips. In addition, viewers can also read a romantic caption, which proves they have known each other for more than two decades now.