Home / net-worth / Kelly Osbourne Net Worth - How Rich is the Actress?

Kelly Osbourne Net Worth - How Rich is the Actress? 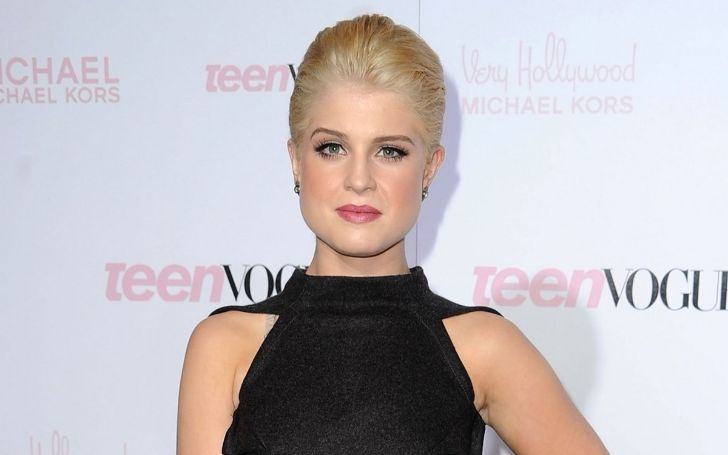 Grab all the details you need to know about the net worth and earnings of the American singer and actress Kelly Osbourne.

The actress, singer, and fashion designer Kelly Osbourne is best known from the reality television show 'The Osbournes' with her family, which earned the members of the show's cast a 2002 Emmy Award for Outstanding Reality Program. She was also a presenter on the TV series' Fashion Police' from 2010 to 2015.

Besides, Kelly Osbourne - who recently dropped 85 pounds - also featured on 'Dancing with the Stars' with professional dance partner Louis van Amstel. She was a judge on the competition shows like 'Australia's Got Talent' and 'Project Runway Junior.' Currently, she provides the voice for the character 'Hildy Gloom' in the Disney XD animated series 'The 7D.' As an actress, she's made quite a lot of money from her acting career over the years. Below, we take a look at the net worth and earnings of the 35-year-old actress to get an idea of her wealth.

What is Kelly Osbourne's Net Worth?

According to an article by Celebrity Net Worth, Kelly Osbourne holds an estimated net worth of $15 million as of August 2020. She made this amount of net worth from her career as an actress, singer, model, and fashion designer throughout the years.

Kelly Osbourne began her career in acting and showbiz in 2002 when she featured on the MTV reality show 'The Osbournes' with her family. The show aired from 2002 to 2005. She made her acting debut for a starring role on 7 October 2004 on the ABC high school teenage drama 'Life as We Know It.'

Additionally, Kelly Osbourne also made appearances on other television shows like 'Dancing With Stars,' 'Entertainment Tonight,' 'America's Next Top Model,' and 'Jane by Design.' She earned an average of $100,000 per episode for her participation on 'Dancing with the Stars,' in which her professional dance partner was the Dutch ballroom champion Louis van Amstel.

Kelly Osbourne Owns a $3.6 Million Worth House in Los Feliz.

In 2018, Kelly Osbourne bought a luxury mansion spread over 2340 square feet area for an incredible amount of $3.575 million. The house was built in 1963 and contained two bedrooms and two bathrooms. The property is situated in the Oaks neighborhood of Los Feliz, Los Angeles.

The house previously belonged to actress Rooney Mara, who bought it in 2015 from actor Alexander Skarsgard for $2.9 million. Similarly, Kelly Osbourne also owned other houses, most notably her previous home in Hollywood Hills, which she sold in 2015 for $1.999 million. The 2,538-square-foot mansion contains three bedrooms and three bathrooms along with a sparkling pool, spa, and two-car garage.

Check Out: Christina Kim Net Worth - How Rich is the Golfer?