Home / lifestyle / What's Khloé Kardashian's Relationship Status? Is She Giving Up on Dating?

What's Khloé Kardashian's Relationship Status? Is She Giving Up on Dating? 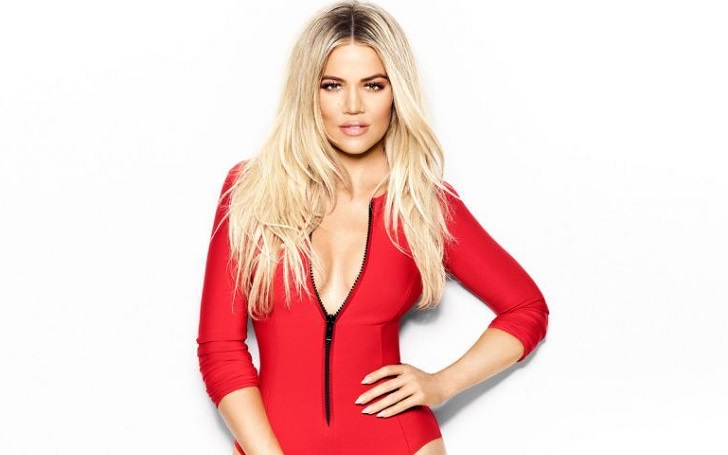 Jordyn Woods had been in a thick of things since being caught kissing Khloé Kardashian's baby daddy, Tristan Thompson, just when their kid True Thompson was about to be born. And while Woods & former bestie Kylie Jenner have not since once talked to each other, the scandal might've had a big impact on Khloé's thoughts on dating again, ever.

So, while Kylie seems to have found a new best friend in Anastasia Karanikolaou, who has her own controversies to worry about, Khloe seems to have been stuck in a rut, relationship-wise. But it's not entirely depressing for her as it's been her choice to be so.

There might not be updates on Khloé Kardashian's relationships for a good long while now.
Photo Source: Cosmopolitan Magazine

You might've also seen a trend in her relationship history — almost everyone she's dated is a professional athlete, particularly basketball players. Rashad McCants blaming her for his basketball career down spiraling was a sign she didn't take too much thought into, but now it seems, she's taking a step back to think about it.

Khloé Kardashian Is Happy Being Single, But Her Mom Wants Otherwise

During a sneak-peek of a 'Keeping Up with the Kardashians' episode in April 2020, Khloé told her mother, Kris Jenner, off about her concerns on the star's dating life.

Kris Jenner has been continually involved in getting her daughter to date someone.
Photo Credit: Alberto E. Rodriguez, Getty Images

"I have friends that are, like, 'I want to hook you up with someone,' [but] I just don't care," she said. "I'm focused on myself and True, and that's just what I do. Who knows? Maybe I'll never date again."

Oooh... The last sentence might've given her mother a heart attack. Kris later expressed in an interview that she was "a little sad" for her because she "wants her to live her best life."

Jenner then insisted Khloé to freeze her eggs then, which was not something she was too keen to do. When talked to Malika Haqq about her mother's meddling in her dating life, she got a similar response from Haqq as well. She too isn't too thrilled about the idea of Khloe not dating anymore. She also suggests freezing the eggs, just in case.

The 35-year-old later admits her mother was not wrong to push her, and after actually thinking it through, she is deciding to freeze her eggs, saying there's "no downside to it." And still mother Jenner is out there looking for guys to set up with Khloé.

Here's Everyone Anastasia Karanikoloau Has Dated in the Past

When she broke up with Thompson in February 2019, she didn't care at all for relationships or be on dating apps anymore. Especially more so after he daughter was born in April. In May, she stated, "I don't care to be. I am so in love with [daughter] True and being with her and enjoying every minute. I want to filter through whatever I think I need to filter through. But my focus is on True. I don't have a sense of urgency to be in a relationship or to even go on a date. I don't want to."

The relationship was rocky, but they managed to settle their differences when co-parenting True.
Photo Source: Getty Images

The two did settle on the matter of co-parenting their daughter and even came together to be with True during the CoronaVirus outbreak, but she confirmed later that it did not, at all, mean they were getting back together at all.

She Ain't Ditching on the Idea of Getting Married Either, But Basketball Player? Maybe Not

After separating from Rashad McCants in 2009, she had a short fling (or just rumored to have) with former American football running back Damon Ward. But then, Lamar Odom, the professional basketball player came. In quick succession, they started dating and got married only within a month of knowing each other in September 2009.

Watch: Khloé Kardashian's First and Only Wedding with Lamar Odom

The relationship had been criticized for the time they took the big leap since dating and was also alleged to be "fake". Even though they tried to convince the public that they did it because they felt that was it, the relationship would turn out just as they had expected it. Another cheating scandal in the Kardashian family, and another heartbreak. Remember, Rob Kardashian himself has been involved in two of them by then. Yeah, Adrienne Bailon and Rita Ora.

The mother-of-one and Odom split in 2013 but didn't proceed with the divorce that quickly. When they did file for it, she had to put it on hold in October 2015 after he intoxicated himself at a brothel in Nevada. Their divorce was finalized on May 2016. Although, Odom still considers Kardashian the love of his life.

Bet you didn't know: Lamar became a kind of a father-figure for Rob to tackle his depression.
Photo Credit: Jason LaVeris, FilmMagic

After the separation in 2013, Khloé went on to be linked with baseball player Matt Kemp before dating rapper French Montana on and off till December 2014. Then came another NBA link in Rick Fox before another musician James Harden dated Khloé since meeting at one of Kanye West's parties in June 2015 until February 2016.

She did put dating off hold for some months until September 2016, when she started dating Thompson, but the current dry spell is the longest she's not been in a relationship with anyone since the early 'KUWTK' days.

Despite all the failed relationships and a marriage, she still is not giving up on the marriage thing. She may not be keen on dating anyone, but she has expressed she hasn't ruled out on marriage yet.

Marriage is still on the table.
Photo Source: TMZ

During an appearance on the 'Divorce Sucks' podcast with Laura Wasser in May 2019, she told the host that she was not keen on dating. But when she was asked if she would ever be married again, she replied, "Yes," after pausing for a bit to be clear.

She might be considering a little change in that, sources told Hollywood Life, "Khloe is tired of being embarrassed by NBA players and is ready to date differently. Khloe is determined to never get hurt this way again. She knows she deserves better and so she's rethinking her approach to love and relationships."

Check Out: Who Is Jersey Shore's Vinny Guadagnino Dating Now?

Khloé Kardashian may have bailed out on dating for a while, but she might want to take that advice her grandma, MJ, gave her — "start dating accountants or something like that". She's always been correct when it came to her granddaughter's relationships. Know anyone good?