Kostas Antetokounmpo Net Worth in 2021: Salary, Earnings, and Stats 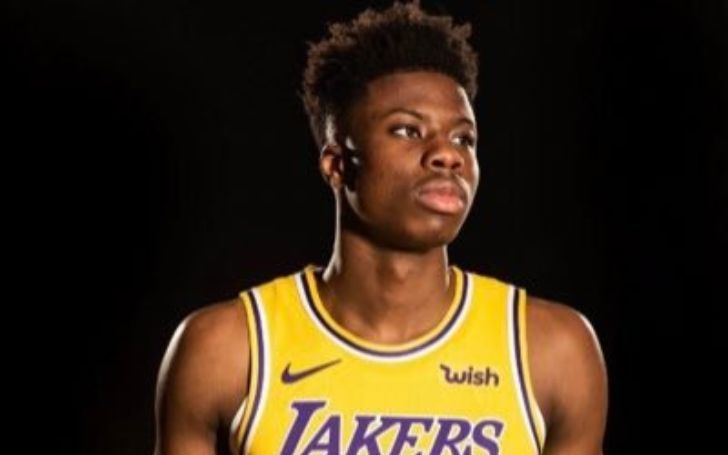 Grab All The Details On Kostas Antetokounmpo Net Worth in 2021!!

In the 2018 NBA draft, the 23-year-old star was 60th overall by the Philadelphia 76ers, and his draft rights were later traded to the Dallas Mavericks. Kostas was a member of the junior Greek Under-20 national team. He won a bronze medal at 2016 FIBA Europe Under-20 Championship Division B.

Antetokounmpo is dating a beautiful woman, and he frequently posts pictures of her on his Instagram account, but he never mentions her name.

What is Kostas Antetokounmpo Net Worth in 2021?

According to Wiki Trusted, the approximated net worth of Kostas Antetokounmpo is $2 million. He makes his fortune through his successful professional as a basketball player. His salary is around $449,115.

Kostas Antetokounmpo is showing off his car.
Photo Source: Instagram

Antetokounmpo likes to collect the vehicle. Recently he has bought a brand new car from Volvosaracakis.

Kostas Antetokounmpo declared for the NBA Draft on March 22, 2018. He was one of the nine players to enter the NBA Draft Combine on May 4, 2018. Antetokounmpo was expected to be a second-round pike, like his older brother Thanasis  Antetokounmpo, due to his lack of notable progress during his redshirt freshman college season.

6'10'' tall player was the final pick in the 2018 NBA Draft, chosen by the Philadelphia 76ers, and then traded to the Dallas Mavericks. On July 13, Kostas signed a two-way contract.

During the term of his contract, Antetokounmpo would split his time between the Mavericks and their NBA G League affiliate, Texas Legends. On March 20, 2019, he debuted in a 118-126 loss to the Portland Trail Blazers. The Mavericks waived Antetokounmpo on July 19, 2019.

On July 22, 2019, the Los Angeles Lakers claimed Kostas Antetokounmpo off waivers. He appeared in five games On a two-way contract, scoring a career-high seven points in the team's 136-122 loss to the Sacramento Kings on August 1, 2020.

Kostas Antetokounmpo is with his brothers.
Photo Source: Instagram

Despite not being chosen to play in the finals, this talented player won his first championship after the Lakers defeated the Miami Heat in six games. Kostas was the first Greek-born player to win an NBA championship.

Antetokounmpo resigned with the Lakers to a two-way contract on November 26, 2020. He signed with LDLC ASVEL of the French Betclic Elite and the Euroleague on July 16, 2021.