Home / lifestyle / Who is Krista Witiak? All the Details About her Lifestyle

Who is Krista Witiak? All the Details About her Lifestyle 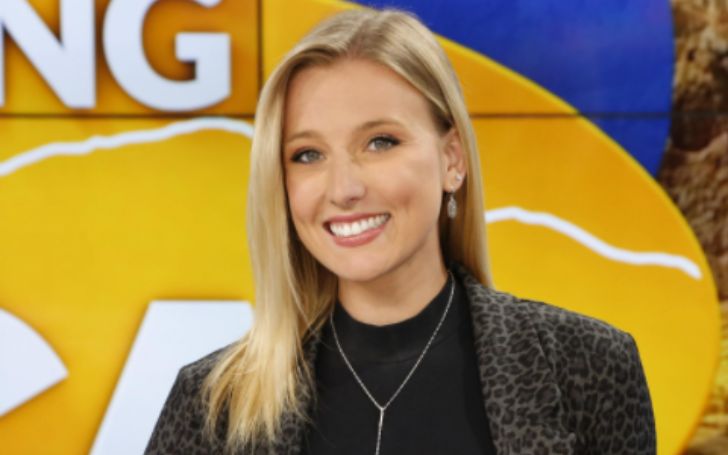 Krista Witiak is a FOX21 News digital reporter. She is a feature reporter and producer for Seminole Sports Magazine, which airs on Fox Sports Sun, and also serves as Seminole Productions' baseball in-game host.

Witiak also works at Tallahassee's V89 WVFS radio station. She is a perfect example of a broadcast journalist who keeps up with the industry's changing nature. Talking about Krista's personal life she hasn't mentioned anything about her boyfriend/husband.

As per Fox 21 News, Krista Witiak is a Florida native. She was born on October 7, 1996, in Miami. She is the daughter of Shelley Witiak and William Witiak.

Witiak's mother Shelley is a Disney Cruise Lines employee. She noted that her father was also a broadcaster. "Some say it's in my blood," Krista said in a profile for her alma mater, Florida State University. "My father was also in television back in the day," she said.

You May Also Like: Is Rob Morgan Married & Have a Wife? Learn His Dating History Here!

Krista grew up with her younger sister, Brittany Witiak. Brittany is pursuing a master's degree in business administration at the University of Florida. In New York, she is now completing an internship.

Krista Witiak enrolled in the Florida State University School of Communication with the intention of pursuing broadcast journalism. She took use of Seminole Productions and Seminole Sports Magazine in college.

Witiak earned a bachelor's degree in communication and media studies in 2019. She has prior experience working as a lifeguard. In 2017, Krista got an internship at Fox21 in Colorado, where she worked for the first time.

While in college, Krista worked at WVFS 89.7FM in Tallahassee. Between 2015 to 2020, she worked as a sports announcer for FSU Radio. In 2019, Witiak returned to Fox21 in Colorado Springs after her first job out of college.

The station began expanding into the digital platform, and Witiak became one of their most-watched digital news reporters, thanks to the increased news viewership on phones. She has been reporting and anchoring on Fox21's lifestyle show since 2021.

Krista has become one of the most lovable personalities in Southern Colorado as the host of Loving Living Local. When she is not working, you'll find her exploring Colorado, hanging out at the zoo, or looking for the greatest gluten-free food in town.