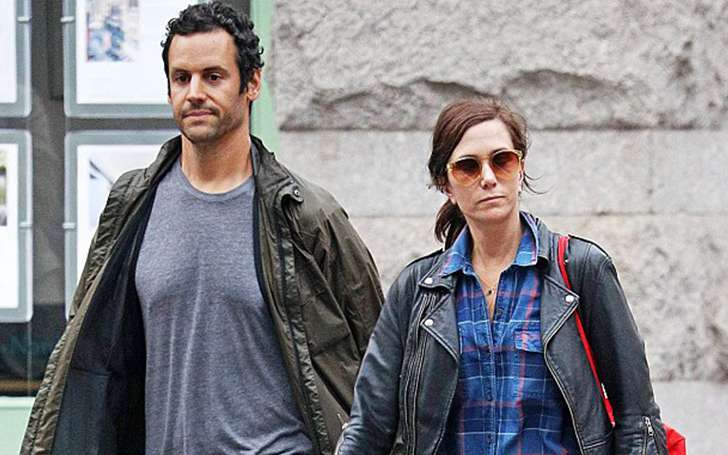 Kristen Wiig Confirmed That She is Now Married in Her Most Recent Appearance With Howard Stern! Let's Find Out About Her Marriage and Kids!

Kristen Carroll Wiig is the daughter of Laurie J. (Johnston), an artist, and Jon J. Wiig, a lake marina manager. She was born on August 22, 1973, in Canandaigua, New York. Further, Wigg is of Norwegian, Irish, English, and Scottish ancestry (through her paternal grandfather).

Before arriving in Rochester, New York, her family moved to Lancaster, Pennsylvania. Wiig's parents divorced when she was nine years old, and she moved in with her mother and older brother Erik Wiig.

Wiig has accumulated a massive net worth of $25 million. Professionally, she is an American comedian, actress, writer, and producer; more on her married life, husband, and kids on this page.

Kristen Wigg made headlines in 2016 when she was seen on a sandy Hawaiian beach making out with a mystery man. That gentleman turned out to be none other than Avi Rothman.

The 48-year-old star had not had a serious relationship since her breakup with The Strokes musician Fabrizio Moretti in 2013. From 2005 to 2009, Kristen was married to actor Hayes Hargrove. Despite the fact that the world first saw Kristen and Avi's love in 2016, they were allegedly dating secretly for a few months.

Kristen Wiig was seen with her husband and kids.
Photo Source: Visionary Blogs

Wiig discreetly revealed her marital status. During her February 10 interview on Howard Stern's radio show, the Bridesmaids actress, 48, addressed her partner, Avi Rothman, as her soulmate.

According to Hollywood Life, she gushed over her time in lockdown with her family, saying:

"In my home, I am incredibly happy to have these two babies and my husband. They improve everything and have revolutionized my life in that regard."

While it's unclear when Avi and Kristen married, fans found that the pair welcomed their first child in June 2020. The couple welcomed their twins with the help of a surrogate in early 2020, but it wasn't until the summer that the news was made public.

Kristen Wigg is a well-known actress; as a result, most part of her life is an open book. However, we can not say the same for her spouse; to put it simply, very little is known about Avi Rothman.

Avi is also involved in the show biz. He began acting in short films and TV movies in 2006, and his 2015 short film Bunion gained a lot of attention. Additionally, he's also written and produced several films, and his portrayal of Ogden's The Inappropriate Yoga Guy went viral on YouTube.

Check Out: What is Madelaine Petsch's Relationship Status in 2021?

According to Celebrity Net Worth, Rothman has acquired a considerable wealth of $5 million, which is nowhere near Wiig's estimated net worth of $25 million.