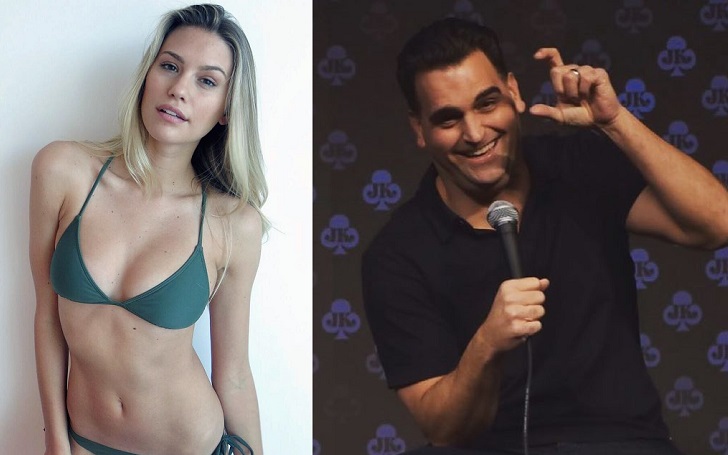 Kristin Kandrac's fans are restless to know what's happened in her life enough to make her remove her Instagram account. Well, there's barely any way to know something like that, not even with Reddit.

To be fair, she never thought the title 'Instagram Model' applied to her, and it makes sense that she wouldn't care for it. Kandrac went from one of 'Models to Watch' to being a Sports Illustrated model back in 2016. It just went on from that one call from the magazine.

At that time, many didn't get the idea that she could be married. In fact, she already is. But here's the rub, there has barely been any sign of her and her mentioned husband together. And since her social media is off, only her followers know of it. Still, there must be a trace of them together. And the husband isn't the type to share too much either.

Also See: The Unlikely James 'Murr' Murray of 'Impractical Jokers' Is Engaged to a Beauty

Regardless, the fact is confirmed that Kristin Kandrac, represented by Wilhelmina LA, is married to stand-up comedian Bret Ernst since 2013, who is now known for his role of 'Louie LaRusso Jr.' on the YouTube original, 'Cobra Kai'. And if you've seen Kesha's 'Blah Blah Blah' music video, you probably saw him at one point.

He apparently played a 'douchebag' in the music video with Kesha.
Photo Source: Bret Ernst, Instagram

Either way, no one really knows the details of their relationship, but with various sources, it is confirmed that they were married in September of 2013, which means a wedding anniversary is near, or even already underway.

However, the detail of their married life is also in the dark, which could hint that the marriage already fell apart. But judging by the sentence on a report by Cleveland.com in August 2019, which also confirms Ernst really is Kandric's husband, they are probably still together.

The wedding photos were there, but not anymore...
Photo Source: Moments Wedding Photography

It doesn't tell the full story though, the absence of anything to prove their relationship is quite the bump. It may just mean their pursuit to value privacy of personal life is too great that they wouldn't let even a single detail out in public. But it's highly unlikely too.

Check Out: Georgie Henley from 'Narnia' Dating Anyone??

So there's no absolute way to know if they are still together. But hoping for the best is what anyone can do at this moment. Ernst's career is already a great height to wish him more. But if Kandrac is in hiding, she should be motivated to come out of it.

Stay tuned and connected to IdolPersona for more celebrity relationship stories without missing a detail.