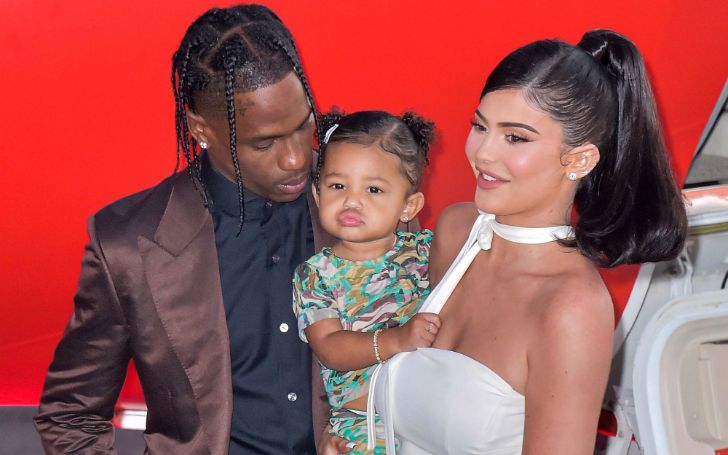 On Tuesday, September 7, Kylie Jenner, 24, gave a behind-the-scenes look at the early stages of her pregnancy with baby number 2.

In an emotional video she published on social media on Tuesday, the Kylie Cosmetics owner detailed her pregnant experience thus far. Kylie is shown clutching a positive pregnancy test at the start of the video.

Kylie appears to be filming her boyfriend Travis Scott's reaction to the happy news in the bathroom, where he can be seen hugging her.

"Are you ready to go to mommy's doctor?" Kylie asks her daughter Stormi Webster as she holds a pregnancy test in the video. Stormi breaks the news to Kris Jenner with sonogram photographs, who exclaims, "Are you pregnant?!" in a different shot.

"We're having a baby, Stormi!" Kris Jenner shares this information with her granddaughter. She further stated that this was one of the happiest days of her life.

Kylie and Scott, 30, are expecting their second child, according to sources who spoke to Yahoo Entertainment a few weeks ago.

Click To Know: Cardi B Gives Birth To Her Second Child, A Baby Boy

Kylie and the "Goosebumps" rapper, Scott, first kept her pregnancy a secret, revealing it only after their first child, Stormi, was born. Kylie filmed an amazing emotional video titled 'To Our Daughter' with her best friend at the time, Jordyn Woods, and shared it via her YouTube channel.

She stated, at the time, that

"Pregnancy has been the most beautiful, empowering, and life-changing experience I've had in my entire life, and I'm actually going to miss it."

"I appreciate my friends and especially my family for helping me make this special moment as private as we could. My beautiful and healthy baby girl arrived February 1st, and I just couldn't wait to share this blessing. I've never felt love and happiness like this — I could burst! Thank you for understanding."

Travis Scott and Kylie Jenner broke up few times in the year 2020 because of busy schedules and unmatched wavelengths. However, the amazing couple found love once again in each other. We hope no trouble arises further into this beautiful pair's paradise.

For more information on celebrities' news, stay connected with us in Idol Persona.