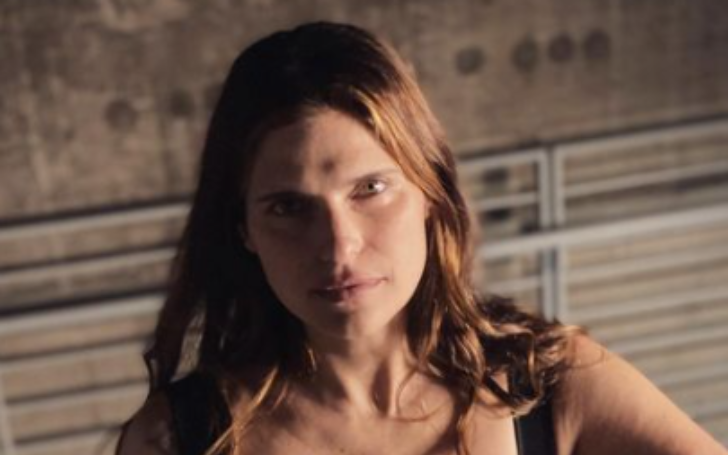 Grab All The Details On Lake Bell's Net Worth!!

Lake Bell is an actress, screenwriter, and director from the United States. 5'8'' tall star has appeared in several television series and movies.

Bell provoked controversy in 2013 when she appeared on the cover of New York magazine wearing only a painted rose tattoo over her body. The 43-year-old actress was married to her husband, Scott Campbell. Recently Lake is rumored to be dating Chris Rock.

Lake Bell, a well-known American actress, has amassed a sizable fortune throughout her career. Bell has an estimated net worth of roughly $3 million as of 2022, according to Celebrity Net Worth.

Lake Bell is an actress, screenwriter, and director from the United States.
Photo Source: Instagram

Bell is able to earn a substantial sum of money from her great profession in the entertainment industry. As a contributing writer for the magazine's automotive section, she writes the Test Drive column for The Hollywood Reporter.

In 2002, Lake Bell starred as Sara Marnikov in the movie Speakeasy, which was initially a part of Project Greenlight, a documentary series that depicts the trials and tribulations of a first-time filmmaker and gives them with resources to make their idea a reality. The same year, she made her television debut with a two-episode arc on one of the popular TV shows ER.

In 2002, Lake Bell starred as Sara Marnikov in the movie Speakeasy, which was initially a part of Project Greenlight.
Photo Source: Instagram

Bell had a minor role in Adam Goldberg's psychological thriller I Love Your Work in 2003. Her breakthrough came as the female lead in the made-for-TV film War Stories, alongside Jeff Goldblum.

In 2003, Lake landed her first series regular role as Alicia Silverstone's best friend on the NBC comedy-drama Miss Match. After only 12 episodes, the show was canceled in December 2003.
In 2004, she starred as Sally Heep in the final four episodes of the popular TV show The Practice, and she remained a prominent role in the first season of the spin-off, Boston Legal, until 2005 when she opted to quit the show.

Click Here To See: Who is Alexandra Daddario's Husband Andrew Form? What is his Net Worth?

Bell's work in the aforementioned television series was noticed, and she was cast in the NBC science fiction series Surface. The sitcom was canceled after ten episodes due to the network's plan to broadcast the 2006 Winter Olympics.

Lake's role as Dr. Cat Black in the TV and web series Childrens Hospital became cult. This black comedy mocked most of the popular medical shows on television by producing satire through medical professionals' mannerisms. Bell directed two episodes in the fourth season of the show.

Lake has appeared as a guest on television shows such as The League, New Girl, and How to Make It in America. In 2010, she wrote and directed her debut short film, Worst Enemy, which was well received at a number of film festivals.

At the Dallas International Film Festival, it received the Tony Cox Award for Screenwriting as well as a Shorts Jury Special Mention. 'LUNAFEST' called Bell one of the most promising filmmakers of 2012. In a World..., her debut film as a writer and director, premiered at the Sundance Film Festival in 2013 and was afterward picked up by Roadside Attractions and Sony.