Home / health / Find Out the Secret to Laura Hamilton's Weight Loss, The Presenter Drops 5-Stone Following the Birth of Her 2 Children

Find Out the Secret to Laura Hamilton's Weight Loss, The Presenter Drops 5-Stone Following the Birth of Her 2 Children 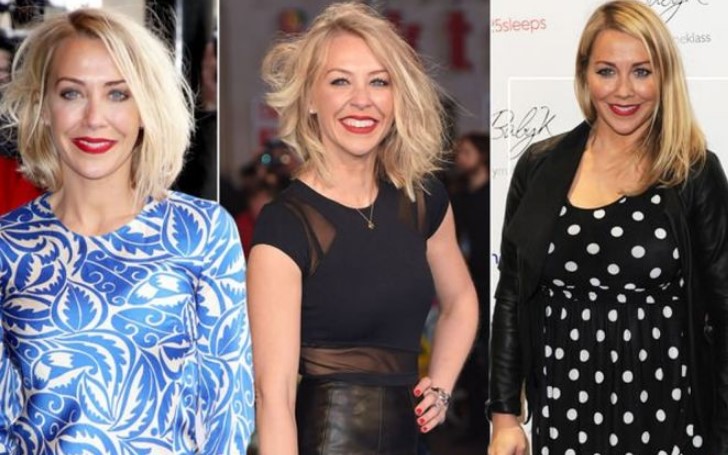 Laura Hamilton is an English presenter who works for channel 4's 'A Place in the Sun.' The television personality also made her appearances to shows like 'Dancing on Ice' in 2012, following which she garnered massive fans.

Laura is also known for co-presenting Channel 5's 'Cowboy Builders & Bodge Jobs' in 2015. As a television personality, it's their biggest concern to look presentable on the screen, as people don't take second to criticize on look.

So with that in mind, Laura also wanted to lose weight following the birth of her two kids. The host who helps people find their dream home was finding it hard to appear on the screen due to her insecurity of weight gain.

Also Read: Scott Stallings Weight Loss - How Many Pounds Did He Lose?

So to change that, Laura Hamilton embarked on her journey to weight loss. Let's find out how she lose weight.

According to the reports, Laura Hamilton dropped five stones after the birth of her two children, son Roco, and daughter, Tahlia. The star also revealed many things in-between while telling her weight loss story.

While speaking honestly about getting into shape and maintain a slim figure, Laura revealed she took the help of a personal trainer, John Beeby initially, followed by strict diet change.

Also See: John Goodman Weight Loss - How Much Pounds Did He Shed?

The TV presenter, talking with Your Healthy Living, said, "I cut out a lot of sugar and carbs, and since then I've tried to stick to a low sugar diet, the first few days were tough because sugar is a bit of an addiction. After that, I replaced anything sugary I used to eat with nuts as I found that they gave me a more sustained form of energy."

Laura Hamilton Admitted She Was Too Obsessed With Weight Loss

Talking to New! Magazine, Laura admitted she got too obsessed with her weight loss thing. The TV presenter said, "I got obsessed with it and got down to 7st 4lb, which I don't think is particularly healthy for me, healthy rather than skinny. It got to the point where they said I needed to stop because I was looking ill."

Talking with Express, Laura also revealed, "t's so hard trying to balance it all as a working mum, and I find if I book regular classes or gym sessions in, I find I stick to it just as I would a work appointment. A thirty-minute workout at home when the children are in bed is something I might do if I haven't managed to work out during the day."

You May Also Like: Know What Inspired Dom Sibley to Go Through 2-Stone Weight Loss.