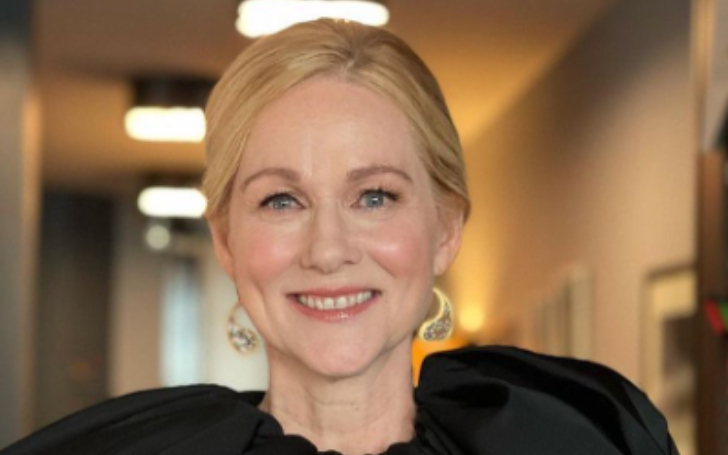 Grab All The Details On Laura Linney's Personal Life!!

Laura Linney is an actress from the United States. The 58-year-old actress made her film debut in Lorenzo's Oil as a minor character, and she went on to receive Academy Award nominations for the dramas You Can Count on Me, Kinsey, and The Savages.

Linney's estimated net worth is over $10 million.

Who Is Laura Linney's Husband?

As per The Sun, Laura Linney's husband is Marc Schauer, a real estate agent, and drug counselor. Schauer left college to pursue a real estate career. He first met Linney when he was assigned to host her during her visit to Telluride, Colorado, for a film festival in 2004.

Laura Linney is an actress from the United States.
Photo Source: Instagram

Linney described their first meeting as "love at first sight," as she developed an instant crush on her designated film festival host. Despite being married to a famous actress, Schauer maintains his privacy.

How Did Laura Linney Met Her Husband, Marc Schauer?

Laura Linney met her husband, Marc Schauer while he was working as a host at the Telluride Film Festival in Colorado in 2004. According to the actress, she told The New York Times, "He was the one who said, "Hello, and welcome to Telluride." He was a VIP host, a go-between for the town and the festival. For the weekend, he was assigned to me."

Laura Linney met her husband, Marc Schauer while he was working as a host at the Telluride Film Festival in Colorado in 2004.
Photo Source: Instagram

Linney was acutely aware of their chemistry as soon as they hit it off. She continued, "I remember looking at him and wondering, 'Am I attracted to this man?' Am I attracted to my handler? 'What is going on?' It was so unlike me. 'Oh, I'm feeling something.' That's wonderful. I'm sensing something. Just relax."

Following the event, the two exchanged emails and agreed to meet again in Chicago. Linney recalled how, when they reunited, "When I looked at him, all of my worries vanished. And I thought to myself, 'Oh, this will be fine.' And we fell hard and fast for each other."

After getting engaged in 2007, the couple married in an outdoor ceremony in May 2009. At their wedding, actor Liam Neeson walked Linney down the aisle despite the fact that he'd recently lost his own wife (and Linney's close friend), Natasha Richardson.

Armistead Maupin, Linney's friend, and author attended the ceremony. "It was an incredible moment, a celebration of love and loss, being treated equally," he told The New York Times.

Bennett Armistead Schauer, the couple's first child, was born in January 2014. Laura Linney, who gave birth at the age of 49, kept her pregnancy a secret at the time.

Kelly Ripa explained in an interview, "Well, I was an older mother-to-be who had been trying for a child for a long time. I wanted to ensure that my child arrived safely and healthy. I was just very quiet about it - I didn't hide it on purpose, I just didn't make it public. As a consequence, it was the best decision I could have made for myself and my family."

On February 5, 1964, Laura Linney was born in Manhattan, New York City. The 5'7'' tall actress' father Romulus Zachariah Linney IV was a playwright and professor, and her mother Miriam Anderson was a nurse at Memorial Sloan Kettering Cancer Center. From her father's second marriage, she has a half-sister named Susan.

When Linney visited her father in New Hampshire during the summers, she developed a love for the stage and began performing with the community theater company at the age of eleven. Republican U.S. Congressman Romulus Zachariah Linney was her paternal great-great-grandfather.

Laura attended Northfield Mount Hermon School, a prep school in New England, where she graduated in 1982. She currently chairs the school's arts advisory council. Linney then attended Northwestern University before transferring to Brown University and served on the board of Production Workshop, the school's student theater organization.

Linney played Lady Ada Lovelace in the production of Childe Byron during her senior year at Brown University, in which poet Lord Byron attempts to mend his strained and estranged relationship with his daughter Ada.

Laura graduated from Brown University in 1986. Linney, 58, went on to study acting at the Juilliard School as part of Group 19 (1986-1990), alongside Jeanne Tripplehorn.