Home / lifestyle / Are Lea Michele and her Husband Still Together? All Details Here

Are Lea Michele and her Husband Still Together? All Details Here 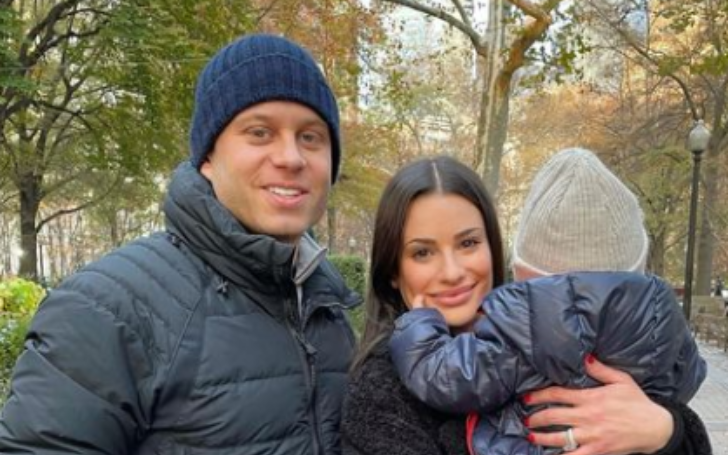 Grab All The Details On Lea Michele's Personal Life!!

Lea Michele is an actress, singer, and author from the United States with a net worth of $14 million. She is best recognized for her role on the Fox television show Glee as Rachel Berry.

The 35-year-old actress volunteers with various organizations, including Broadway Cares/ Equity Fights AIDS, PETA, Feeding America, and Habitat for Humanity. During their time on Broadway in Spring Awakening, Michele and Jonathan Groff were extremely close and trusting of one another.

Are Lea Michele And Her Husband Still Together?

Yes, Lea Michele and her husband, Zandy Reich, are still together. She first became romantically linked to Reich, an entrepreneur and business owner, in July 2017.

Lea Michele and her husband, Zandy Reich are still together.
Photo Source: Instagram

In an early interview with E!, Lea revealed that producer and Glee creator Ryan Murphy had given Zandy his seal of approval. "When my partner got Ryan Murphy's seal of approval, that was it...sealed the deal," she said at the time to Giuliana Rancic.

Click Here To See: Is Noah Schnapp Dating? Who is his Girlfriend? All Details Here

As per People, in April 2018, Zandy proposed to her with a four-carat elongated radiant cut ring. On March 9, 2019, the couple tied the knot. The love birds have one baby together.

Lea Michele was romantically linked with Canadian actor Cory Monteith. They were cast as love interests on Glee in October 2008.

They remained a pair until his death on July 13, 2013. Monteith died of a mixed drug overdose.

Lea Michele was born in The Bronx, New York City, on August 29, 1986. Edith, a retired nurse, and Mark David Sarfati, a real estate agent, are her parents. Michele began her professional career on Broadway at the age of eight, performing in shows such as Les Misérables, Ragtime, and Fiddler on the Roof.

Michele resided in Toronto and was homeschooled during the run of Ragtime. She went to Tenafly High School, where she participated in volleyball, debate, and singing, as well as working part-time at a bat mitzvah garment shop.

Lea took a break from the stage to focus on her studies, but she spent the summers at the Stagedoor Manor facility for performing arts training in the Catskills. Michele was accepted to New York University's Tisch School of the Arts, but she chose to stay on stage as a professional.