Home / net-worth / How much did Lea Michele make from Glee? What is her Net Worth?

How much did Lea Michele make from Glee? What is her Net Worth? 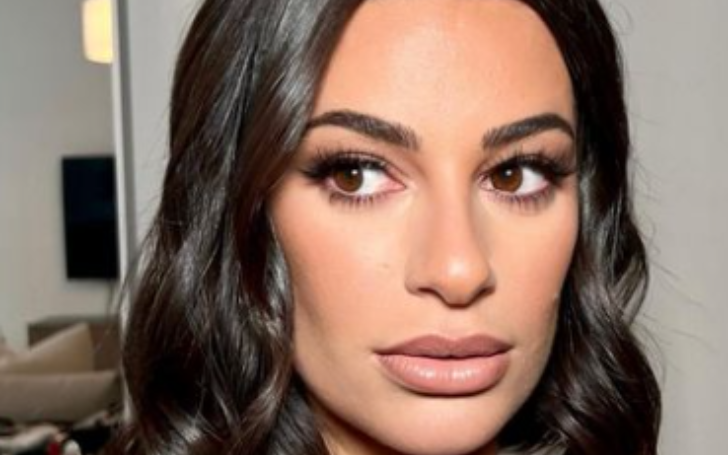 Grab All The Details On Lea Michele's Net Worth!!

Lea Michele is a multi-award-winning actress, singer, and author from the United States. She is well-known for her early Broadway appearances in shows such as Les Misérables, Ragtime, Fiddler on the Roof, and Spring Awakening.

The 35-year-old actress is best recognized for her work in Glee. She is married to her husband, Zandy Reich and has one baby. During an interview, Michele informed her buddy Jonathan Groff that she would be his surrogate if he ever wanted children.

How Much is Lea Michele's Net Worth?

Lea Michele's net worth is $14 million as of 2022. As per Celebrity Net Worth, her salary is $80,000 per episode. She collects impressive paychecks through her television career, endorsements, and voice roles.

Lea Michele's net worth is $14 million as of April 2022.
Photo Source: Instagram

Michele has appeared in advertisements for L'Oreal, Zola, HP, Dove, Hello Fresh, and Candie's. She spent $1.4 million on a property in Brentwood, California, in 2012. Similarly, in 2019, she sold the house for $3.15 million.

Lea Michele's career started a step in the right direction in 2006 with the Broadway rock musical Spring Awakening. She was nominated for the Drama Desk Award for Outstanding Actress in a Musical for her performance.

In 2008, Michele left the show and relocated to Los Angeles, where she explored film and television jobs. In between auditions and tiny parts, she sang at Mark's Restaraunt in Hollywood's Upright Cabaret.

Lea played Rachel Berry in the Fox musical series Glee from 2009 to 2015. She received praise for her performance on Glee for her version of "Don't Rain on My Parade," which was first sung by Barbra Streisand in the musical Funny Girl.

Recommended: How much does Noah Schnapp make? What is his Net Worth in 2022?

Michele was cast as Dorothy's voice in an animated film based on The Wizard of Oz. On December 10, 2013, she dropped her debut single, Cannonball. Lea followed up with four more songs before releasing her album Louder in January 2014.

Lea was a regular on Fox's horror-comedy Scream Queens from 2015 to 2016. She sang on the charity record "This Is for My Girls" in March 2016. In April 2017, Michele released her second album, Places.

Michele hosted wellness and health digital series for the Ellen DeGeneres Network called "Well, Well, Well with Lea Michele" in 2019. Her third album, "Christmas in the City," was released on October 25, 2019.

Lea also starred in the ABC holiday film Same Time, Next Christmas. On May 20, 2014, she published her debut novel, Brunette Ambition.

What is Jonathan Groff Net Worth as of 2022? All Details Here