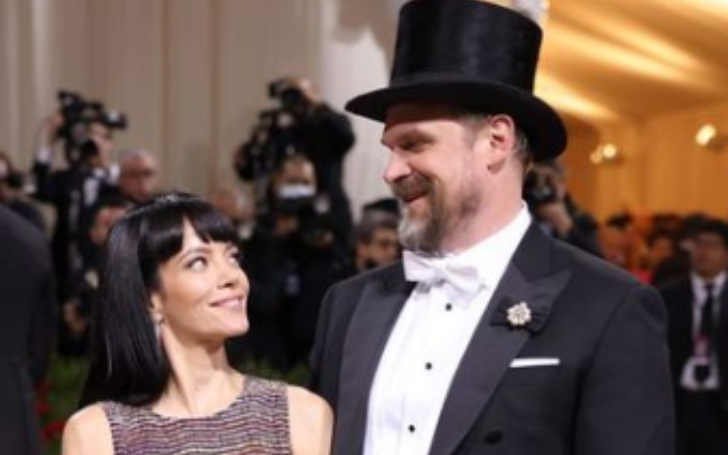 Grab All The Details On David Harbour and Lily Allen's Relationship!!

Lily Allen is a singer, songwriter, and actress with a $4 million net worth. Alright, Still, It's Not Me, It's You, and Sheezus is among her Grammy-nominated albums.

Allen's major singles include The Fear, Fuck You, Not Fair, and Smile, the latter of which charted at No. 1 on the United Kingdom Singles Chart in 2006.

Yes, David Harbour and Lily Allen are still together. The couple's relationship began on their first date, and they were engaged shortly before the pandemic and married later that year on September 7, 2020.

Lily Allen is a singer, songwriter, and actress with a $4 million net worth.
Photo Source: Instagram

They both posted photos of their Las Vegas wedding ceremony online, with Harbour wearing a suit and Allen wearing an off-the-shoulder Dior short dress she borrowed an hour before the event.

An Elvis impersonator officiated the ceremony, as is customary in Vegas. The wedding's low-key vibe continued after the ceremony when they dined at In-N-Out Burger with Allen's kids.

According to People, Harbour had only kind things to say about his wife. He stated, "I married a stunning, fantastic woman whom I adore. I've never met somebody as generous as she is. I've never felt so cared for and taken care of by another human being. She is just a wonderful person, and I admire that about her."

As per Metro, Lily Allen, 37, began dating builder and decorator Sam Cooper in 2009 and became pregnant with their first kid the following year. However, the singer's pregnancy was complicated, and she gave birth to a stillborn child.

On BBC Radio 4's Woman's Hour, Allen discussed the loss of her baby boy George, saying, "The saddest thing about that was losing a child, but there were issues with the actual birth."

"He was so little that he got stuck halfway in and halfway out during birth. I went through trauma, and I don't think I'll ever fully recover."

Click Here To See: Who is Kendall Plessinger? All the Details Here

Lily later had two children with Sam, daughters Ethel in 2011 and Marnie in 2013. The couple married the next year in a church wedding in Gloucestershire after getting engaged on a romantic trip to Bali in 2010.

However, Allen announced in 2018 that she and Sam had split and were sharing custody of their children. "We're both pretty friends; our kids go to school at the same time, so it works," she subsequently told Loose Women.

Lily Allen and Seb Chew dated for two and a half years before splitting up in 2007. She began dating Chemical Brothers star Ed Simons in 2007 and announced their pregnancy in December of that year.

However, just a month later, the pop sensation disclosed that Allen had miscarried the child. Their romance did not last, and they separated in 2008.

Lily Allen and Seb Chew dated for two and a half years before splitting up in 2007.
Photo Source: Instagram

Lily was briefly romantically linked to Harry Potter star Rupert Grint when they were seen leaving a restaurant together in London in 2008.

Allen kept their romance a secret for a while, but it was revealed in court documents connected to an intruder at her home that she began seeing Meridian Dan in 2015.

Lily disclosed on the How To Fail podcast in 2019 that they had split after four years of dating, saying, "I'm single, for the first time since I was approximately 15. We've been apart for nearly three weeks."

"It's just been bad news after bad news after awful news, and I think the fact that I haven't contacted him and said, 'Hey, want to come around for a cuddle?' shows that it's significant for me because normally when things get difficult, I need to have someone around to share those problems."

For celebrity lifestyle updates, stay tuned with us in Idol Persona. 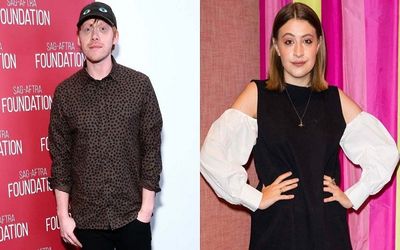