Home / lifestyle / Who is Lisa Barlow? Detail About her Married Life and Relationship

Who is Lisa Barlow? Detail About her Married Life and Relationship 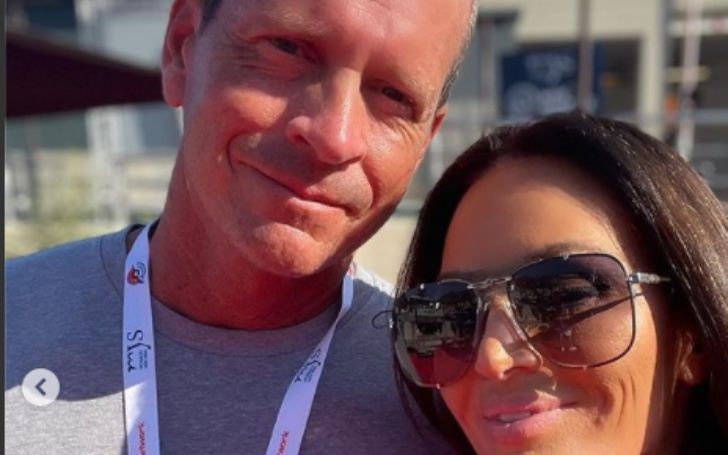 Grab All the Details On Lisa Barlow's Personal Life!!

Lisa Barlow is a businesswoman and TV personality from the United States. She is one of the "Real Housewives of Salt Lake City" cast members. Similarly, she owns and founded Vida Tequila, a boutique brand based in Salt Lake City.

Barlow is the owner of Lux Marketing, Fresh Wolf, Tequila CIUDAD, and Silver Restaurant Park City Business. This stunning American television personality is estimated to have a net worth of $5 million.

Lisa Barlow is married to her husband, John Barlow. As per some sources, Lisa and John are both Brigham Young University graduates who have lived in New York and Chicago. They may have known each other at that time, but they were not romantically involved.

Lisa Barlow is a businesswoman and TV personality from the United States.
Photo Source: Instagram

"My family consists of four sisters. I had to go through a sister to meet him. One of them may have even had feelings for him" Lisa dated. In a new video, she reveals how she met John for the first time.

"The next thing you know, I've left Utah and returned to New York, and John has arrived. I'm moving to Chicago, and John is already there. We both end up back in Utah... one night, he invites me to the movies. We started holding hands as soon as we got out of the car and haven't stopped since," she continued.

Recommended: How old is Satchel Lee, Daughter of Spike Lee? Is she Dating?

According to reports, John and Lisa's sister served on the same mission, which is how he first met Lisa's family. Back when they were just friends, John would visit Lisa at her office three times a week, and he made it a  rule to only show up at her house when he had her favorite treats on him, as Lisa revealed in an Instagram post.

In July 2003, Lisa and John married in a small wedding ceremony; Vida Tequila, their spirits company, was founded a year later, in 2004. John is a successful businessman who owns Jack Henry Sprits and LJB Investments.

Lisa and John were chastised for managing alcohol brands because they practiced Mormons. On the other hand, Lisa has a ready-made response to the skeptics.

John and Lisa have two children, Jack Barlow, who is 16 years old and Henry Barlow, who is 8 years old. Lisa, John, and the kids enjoy going on a big adventure, such as visiting restaurants or relaxing at a beautiful locations like the Antelope Point Marina in Arizona or the Corner Canyon Trails in Draper, Utah.

On December 21, 1974, Lisa Barlow was born in the United States of America. Her height is 5 ft 6 in. She hasn't revealed anything about her family. Barlow has four sisters and one brother. There is no other detail available about Barlow's family.

On December 21, 1974, Lisa Barlow was born in the United States of America.
Photo Source: Instagram