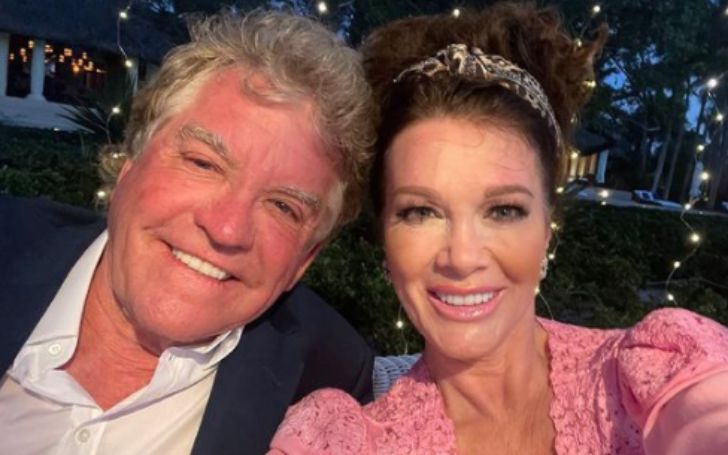 Lisa Vanderpump is a British reality celebrity and businesswoman with a net worth of $90 million. She is probably best known today as the owner of a Beverly Hills restaurant and a cast member on the reality show The Real Housewives of Beverly Hills.

The 61-year-old star is a spokesperson for GLAAD and an advocate for the LGBT community. Venderpump was thrown for a loop while riding her horse and wound up in the hospital with shattered bones.

Yes, Lisa Vanderpump and her husband, Ken Todd, are still Married. As per The Sun, When the reality star was 21, and Ken was 37, they met and fell in love. After meeting at Ken's bar at Cork, they started dating practically right away. Six weeks later, they were engaged, and three months later, they tied the knot.

Lisa Vanderpump is a British reality celebrity and businesswoman with a net worth of $90 million.
Photo Source: Instagram

The couple has two children: Pandora Vanderpump, a daughter, and Max Vanderpump, an adopted son. Warren Todd is her stepson as a result of Ken's previous marriage.

Vanderpump and her husband are supporters of Keep Memory Alive. This group attempts to raise awareness about ALS, Huntington's disease, Alzheimer's disease, and Parkinson's disease.

You May Also Like: Is Teresa Giudice Engaged? Learn About her current Relationship Status

Lisa was awarded a Golden Palm Star on the Palm Springs Walk of Stars in 2014. In 2015, she was honored by the LGBT rights organization "Equality California" with the Ally Leadership Award.

On September 15, 1960, Lisa Vanderpump was born in London, England. She grew up in London and resided in Monte Carlo and the south of France. Vanderpump was a full-time theater student by the age of nine, and as a child actor, she appeared in several films and television shows.

A Touch of Class, Vanderpump's debut film role, was in 1973. She starred in the cult horror film Killer's Moon in 1978. In the late 1970s, Lisa appeared as a guest star in four episodes of the British television series Kids. Around this time, she met Naomi Campbell on the set of Kids.

Vanderpump appeared on popular television shows such as Silk Stalkings and Baywatch Nights. She also starred in several music videos. Lisa joined Bravo's The Real Housewives of Beverly Hills in 2010. She was a founding member of the show's cast and stayed on until her departure in 2019.

Lisa earned her own spin-off show, Vanderpump Rules, in 2013. It focuses on the employees at her West Hollywood restaurants, TomTom, Pump, and SUR. Vanderpump Rules has been on the air for seven seasons and is still going strong.

Vanderpump appeared in season 16 of Dancing with the Stars in 2013. Gleb Savchenko, a professional dancer, was her partner. They finished tenth and were the competition's second couple to be eliminated.