Home / lifestyle / Who is Lonr.? Is the Musician Dating Anyone? All Details Here

Who is Lonr.? Is the Musician Dating Anyone? All Details Here

Grab all the details about Lonr.'s relationship status with us!!

Elijah Dias, popular by his stage name Lonr. is an accomplished American songwriter, singer, and producer. On April 19, 1997, he was born in Los Angeles, California. The talented singer is a self-taught musician who got his start in the industry working with R&R up and corner H.E.R.

The talented singer's solo single arrived in late 2019. After that, he released his second track, Safezone. Lonr is signed to Epic Records, and MBK Entertainment manages him. He continued tending to work with energy and commitment and pushed against the boundaries of contemporary pop with a pair of dynamics EPs, Land of Nothing Real and its sequel.

Also, Visit: Thandiwe Newton is Reportedly Separated from her Husband

Lonr. grabbed two Grammy nominations for his work on H.E.R.'s materials. Since his debut, he's also shared the stage with acts like Souly Had, Jhene Aiko, Daniel Caesar, and Kiana Lede. Some of his songs are presented as: Save My Love, Make the Most, Read My Mind, Cuffin, and many more. Learn more information about Lonr.'s relationship history with us!

Who is Lonr. Dating Currently?

The 25-year-old musician was seen with 49-year-old Thandiwe Newton, an actress, making out in Los Angeles on Saturday amid her split from husband Ol Parker. Melanie Thandiwe Newton OBE is an English actress who has received various awards, including a Primetime Emmy Award and a British Academy Film Award. In addition to her nominations for two Golden Globe Awards.

Thandiwe Newton and Lonr. are speculated to be currently dating.
Image Source: Instagram

The news is vastly circulating that the two are dating as both were seen kissing. Both pairs were seen casually wearing for the outing. Newton and Parker, who is 52, were hitched in 1998, and they also share three children: Nico Parker, Ripley Parker, and Booker Jombe Parker.

Also, Visit: How Rich is Thandiwe Newton? All Details on her Net Worth

As per Page Six, the two are seen to be in a relationship. “From the relatively short time I’ve been fortunate to spend with her, I know Thandiwe and Oliver care deeply about the welfare of their children,” Lonr. told The Post. “That’s all I care about right now.”

You May Also Like: Does Gabourey Sidibe Have a Husband? Grab All the details of her Relationship History!

The actress was wearing green pants and a patterned blouse with sneakers, a hat, and round-framed sunglasses. Meanwhile, Save My Love's singer was spotted wearing a black hoodie and garnet sweatpants with an orange crossbody bag.

"Make the Most" Lonr.'s Personal Life

Lonr. was born and raised in Los Angeles. Currently, he resides in New York City. His music has a taste in alternative hip-hop, soundtracks, and soul. His listeners are increasing every day and have reached 1 million on Spotify.

The singer's net worth as per Famous Births Deaths is known to be $300 thousand. The 5 feet 9 inches tall star, at age 8, shifted to Cape Cod, Massachusetts. Lonr. explained how his name came into existence. In his early days, he revealed that growing up he always felt like a loner or the "odd one out." Afterward, he quietly turned into music to place his solidity. 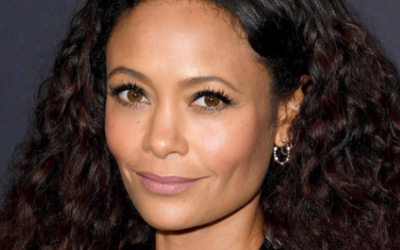 Does Thandiwe Newton Have a Daughter? All Details Here