Home / news / Maady Brum, "Cheers" Star is in Hospital after being hit by a Car

Maady Brum, "Cheers" Star is in Hospital after being hit by a Car 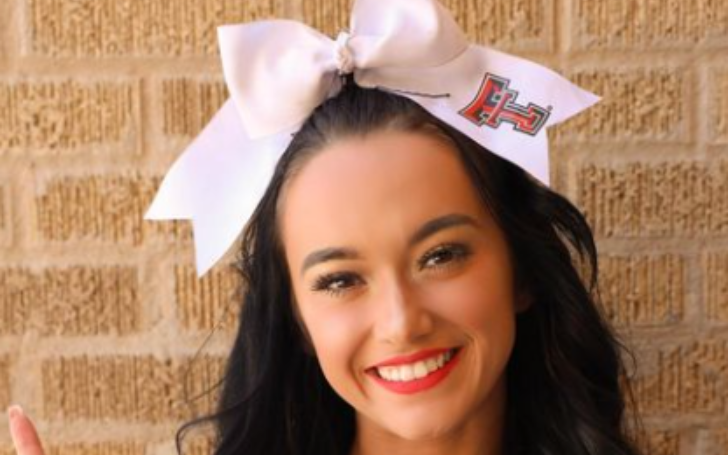 Maady Brum, "Cheers" Star is in Hospital after being hit by a Car

As per US Magazine, in a terrifying incident this week that sent the youngster to the hospital, Cheer star Maddy Brum disclosed that she was struck by a car traveling at 30 mph while crossing the street.

The 19-year-old, who gained notoriety for playing a member of the Texas-based cheerleading squad Navarro in the second season of the Netflix reality series, shared a photo of herself in the hospital while recovering on Instagram. She also expressed how 'blessed' she feels that her injuries weren't worse.

Cheer star Maddy Brum disclosed that she was struck by a car traveling at 30 mph while crossing the street.
Photo Source: Instagram

Along with a picture of herself in the emergency room bed, she added, "I'm feeling especially lucky today." "Blessed to be alive and blessed to be in the company of those who only bring me joy and solace.

'Two days ago, I was crossing the street with Angel, James, Jay, and another person when a car turned and hit me at 20 to 30 mph. Fortunately, all I had on my body were scratches and bruises.

"Thank you to my folks @amazingjamestho @qangel rice @thejaykendrick for being on my side and ensuring I was safe and okay," the professional cheerleader continued. My pals are the best.

Thanks to @cheertourofficial, I was able to get an orthopedic surgeon to make sure I could continue doing what I love while they helped me at the hospital.

Brum was pictured in the hospital bed holding up a cup of coffee and giving the camera the thumbs up while donning a face mask. She was being examined by Angel Rice in the next picture.

The Navarro College cheerleader stated, "I will be performing the tour to the best of my ability for the next few shows," to reaffirm her commitment to continuing the current Cheer national tour.

"I am so very grateful to still be alive and have the chance to perform what I love."

Until then, fellow Navarro cheerleader Deidra Lizette is filling in for the star, who Brum also thanked "for being a ROCKSTAR and coming in on such short notice while I'm recovering."

Teammates from Brum's cheer squad and her supporters flocked to the comments section to offer their sympathy.

I adore you, Madison, Gabi Butler wrote. You're surrounded by my protective angels!

"I'm praying for you, sweetheart! Get better soon! Inclusion by La'Darius Marshall.

Over the weekend, the Cheer Live Tour will make its next stop in Chicago before continuing through the summer.

The winning cheer squad at Navarro Junior College in Corsicana, Texas, is followed by a cheer.

The cheer squad, under the direction of Monica Aldama, has won an incredible 14 NCA national championship titles in its category.

Early in 2020, a television show tracking the squad's struggles made its debut. It swiftly propelled the student-athletes it highlighted to celebrity status and cast a spotlight on competitive cheerleading.

On Netflix right now, you can watch the second season of Cheer.