Home / news / Machine Gun Kelly Was Groped During a Concert in Oregon! 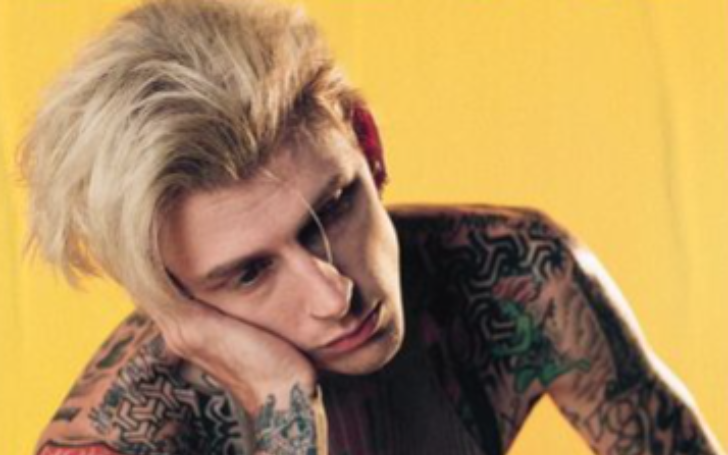 As per Daily Caller, on Thursday, Machine Gun Kelly was touched by a fan at the Moda Center in Portland, Oregon.

In a video posted to TMZ, the 32-year-old musical artist/actor, whose real name is Colson Baker, was performing in the audience when a fan leaned in to try to take a selfie with him.

Machine Gun Kelly was touched by a fan at the Moda Center in Portland, Oregon.
Photo Source: Instagram

When the fan placed his hands on the front of MGK's jeans, the musical artist removed the fan's hand and broke off in a new direction; the fan proceeded to wrap his arms around the Houston native, who was traveling on a different path.

Machine Gun Kelly is now on tour in support of his album of the same name, which kicks up on June 8 at the Moody Center in Austin, Texas.

Click Here To See: Jamie Foxx Spotted with a Mystery Woman at a Dinner Date

He's scheduled to perform at the Spokane Arena in Spokane, Washington, on Monday. He will continue touring cities in North America until next month, wrapping up the tour's first leg on August 13 in Cleveland.

He'll return to the road on September 17 in Cologne, Germany, and play more than a dozen concerts before ending out on October 12 in Amsterdam.

The Papercuts artist, who has been dating Megan Fox for almost two years, made headlines last month when he smacked his own face with a champagne glass at the New York City nightclub Catch.

According to Page Six, when his forehead bled from contact with the broken glass, MGK responded, 'I don't give a f***, man, I don't give a s***.'

As per the source, MGK had just done a sold-out show at Madison Square Garden and began with an 'impromptu performance' of the song My Ex's Best Friend at the restaurant.

According to the source, MGK 'refused' bandages offered by the venue and sang with blood streaming down his face.

The popular artist's blood was already the subject of headlines last spring when Fox, 36, stated in an interview with Glamour UK that they drank each other's blood.

'It's only a few drips, but yes, on occasion, we do ingest each other's blood for ritual purposes exclusively,' she explained in April. 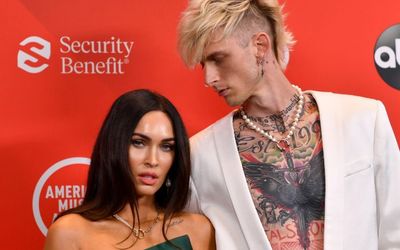