Home / lifestyle / Who is Maci Bookout?Know in Detail About Her Married Life and Relationship 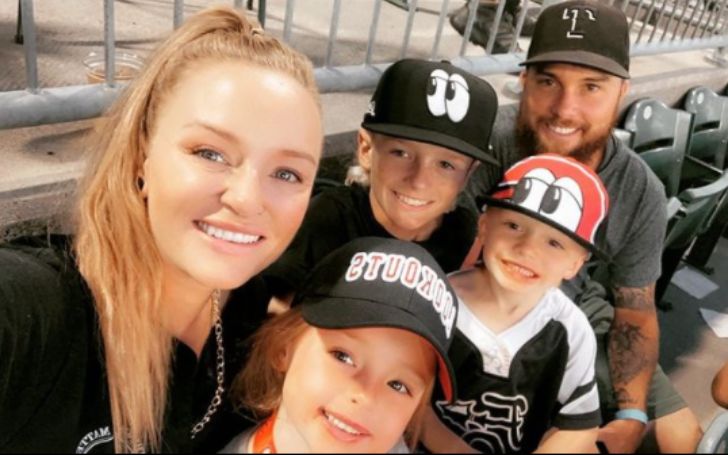 Know About Public Speaker Matt Nagy And Her Relationship In Short!

Maci Bookout McKinney is an American TV reality star, author, and public speaker who rose to fame as Maci Bookout. Her appearance on American reality television series like 16 and Pregnant, Teen Mom OG, Naked and Afraid has made her well-known.

The 30-year-old actress holds a million dollars worth of fortune in her pocket. Indeed, she is a millionaire accumulating a total net worth of $1.5 million. Moreover, she is noted as the third wealthiest original cast member of the series Teen Mom.

In September 2016, Maci's first book, Bulletproof, was released. A year later, in June 2017, her second book, I Wasn't Born Bulletproof: Lessons I've Learned (So You Don't Have To), was published. Besides her career success, let's discuss her early life and personal life together here.

Who is Maci Bookout? Know About Here Wiki/Bio

Born as Maci DeShane Bookout on August 10, 1991, Maci Bookout was raised in Chattanooga, Tennessee, USA. She was welcomed by her parents Gene Bookout and Sharon Bookout. Talking about her siblings, she is blessed with an elder brother named Matt Bookout.

In 2009, Maci graduated from Ooltewah High School. Then, she attended Chattanooga State Community College, and in Spring 2015, she graduated with an Associate of Arts degree.

Maci Bookout is a married woman. She tied the knot with a motocross racer from Dallas, Texas, Taylor McKinney.

After four years of dating, the duo shared their vows in Greenville, Florida, on October 8, 2016. Maci better half made his first appearance on screens on season five of Teen Mom.

The lovey-dovey couples first started dating back in 2012. As of January 2015, before sharing vows, Maci was pregnant with their first kid. On May 29, 2015, Maci welcomed the couple's first child as a daughter, Jayde Carter.

Later, Maci was about to welcome their second kid, a son. Meanwhile, while shooting for an episode of Teen Mom OG, McKinney proposed to Maci on January 19, 2016, in Venice Beach, California. Subsequently, on May 31, 2016, she gave birth to her baby boy Maverick Reed.

Also, See: Josh Duhamel's Girlfriend in 2021: All About His Love Life

Currently, Maci, 29, and her sweetheart, 31, reside with their three kids in a 4-bedroom, 4-bathroom home in Chattanooga, Tennessee. One of their three children is from Maci's previous relationship with Ryan Edwards.

Well, the pair of divorced news hit hard on the internet, according to The Sun. But, undoubtedly, they never separated. For the last nine years, the pair have been going pretty strong.

Maci Bookout Relationship With Other Faces And Also Have a Kid

In the junior year of high school, Maci Bookout started dating and had her first child with then-sweetheart, Ryan Edwards. On October 27, 2008, the duo's welcomed their first son Bentley Cadence.

After having a child together, they exchanged their rings in 2009. But, they took their relationship to an end in 2010. As they had a heartbreaking split, Maci and her now-husband, McKinney, have faced many troubles with Ryan.

In March 2018, Maci and McKinney filed an order of protection against Ryan after Ryan threatened them with a voicemail message to take his son.

Let's Get To Know: Is Kal Penn Married? If Yes, Who is His Wife

Later, the protection order was dismissed, and the mutual restraining order was placed in May 2018. Recently, Bentley lived together with Maci and McKinney in Chattanooga, Tennessee.

After Maci split with Ryan, she started dating her childhood friend, Kyle King. They were together for around two years before calling it off in 2012 amid rumors of King's infidelity. 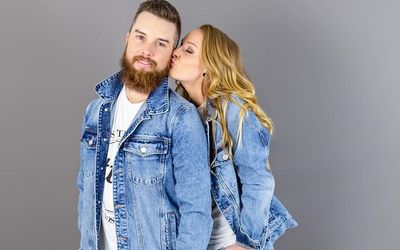