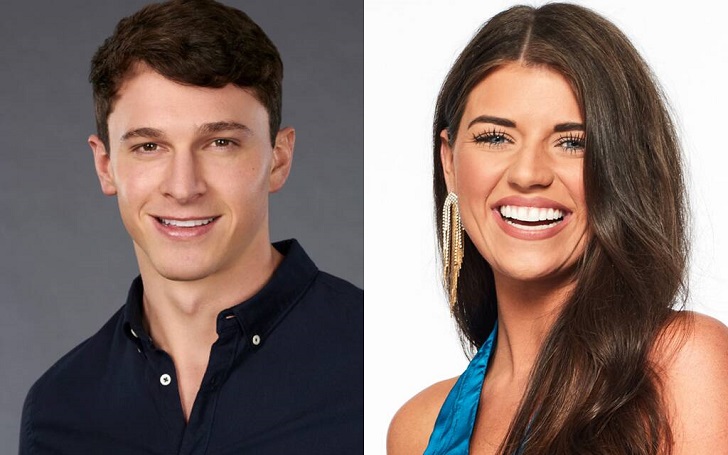 John Paul Jones was already shipping Connor Saeli with Madison Prewett, but she had different things to say.

When Madison Prewett came on for her first Instagram Live, where she answered some of the fans' questions, she went on to squash the rumors that she and 'Bachelor in Paradise 6' alum Connor Saeli are dating by answering a fans question on the matter.

"We are not together. I am not with anyone right now. I am just focusing on myself and taking it one day at a time. So yeah, so there’s that," she answered. She also went on to get on the good side of Saeli, calling him "a really sweet guy."

"He seems like a really sweet guy and he, like, reached out [to me] right after the finale and just sent some encouragement and some support. Really sweet, but that is it."

That was the only reason the dating rumors started. Seriously, they only DMed each other for the first time!

The foster parent recruiter's reply comes hours after Saeli himself was in an Instagram Live with co-stars Mike Johnson and John Paul Jones discussing the Madison-Connor situation. And Jones was adamant the two belong together. But wait, really? Saeli is a Justin Bieber fan and Prewett is buddies with Selena Gomez.

Saeli was telling Jones about how excited he was to connect with Madison "once I'm out of quarantine." When Jones told him he was happy for Saeli, Saeli hid his face from embarrassment.

The Prewett-Saeli rumors started after Prewett broke up with Peter Weber, two days after confirming they were together.  A source shot down the rumor, saying Saeli DMed Prewett to support her after 'The Bachelor' finale, adding that it was "purely platonic" between them, according to E! News.

While Prewett says she doesn't speak to Weber anymore but still hopes for the best for him, Weber was out in Chicago vacationing with Kelley Flanagan, circling an interesting drama around Nick Viall as well.